In the April 12th Dispatch “USD Amber Alert”, I warned that the rise in the USD from the beginning of the year was close to petering out. This is what I wrote:

“The USD has been in an uptrend since the beginning of 2021 due to its vaccine rollout and the fact that no other country has been able to match the amount of fiscal and monetary stimulus provided by the government and the central bank. Thus, the USD has been able to distance itself from the pack by the divergence theme. Last week currency movements  may be pointing to a peak in this narrative.”

Since then, the vaccine rollout in Europe and other countries has accelerated. The April PMIs and some other survey data (including business and investor confidence) demonstrate that the second quarter will be a strong one. Thus, the growth divergence theme between the US and the rest of the world has indeed peaked. This combined with last week’s events, which I will go into below, leaves little doubt the USD has resumed its downtrend.

With the Fed meeting out of the way, Fed members were free to speak about their decision to maintain the current policy accommodation. Here’s what they said during the week:

Pretty much all of the Fed officials have been singing from the Fed Chairman Powell’s hymn book, falling into line with inflation being transitory and that there will be no tapering of monetary stimulus any time soon. Kaplan was the only official to step out of line, which isn’t a surprise since he had said similar statements the previous month.

The guide below outlines who will be voting in the years ahead. Note the “Governors” (listed above the arrow) always vote, as does NY Fed President Williams.

Friday’s release of US April Non-Farm Payrolls report posted a huge miss. The forecast was for an increase of 1M jobs, but the economy only created 260K new jobs. The unemployment rate rose to 6.1% and March’s total of 916K was revised down to 770K. Remember the Fed has two mandates: inflation and employment. This jobs report validates the Fed's outcome-based approach.

The rise in the USD and the performance of the economy since the start of the year had caused Mr. Market to pull forward the Fed’s first-rate hike into 2022. The disappointing jobs report and the uptick in the global economy has repriced the Fed’s first hike into 2023. The takeaway is that the Fed will remain lower for longer thus cementing the renewed downtrend in the USD.

While the Fed remains dovish, other central banks are pressing forward. The Bank of Canada, which recently began the tapering process, is on track to become the first G7 country to raise interest rates in mid-2022. Last week, Norway indicated that it intends to raise interest rates before the end of this year, making it the first western country outside of the G7 to raise rates. Also last week, it looks like the Bank of England has joined the taper train, saying it would slow its weekly bond purchases and look to complete them this year. 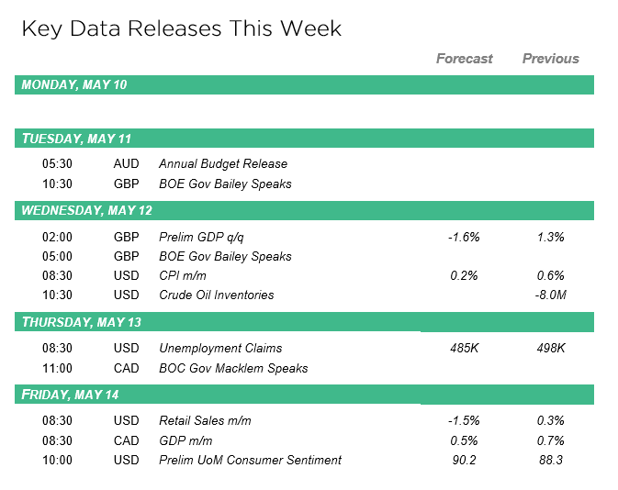