While it certainly isn’t Milwaukee in the 1950s (and Richie Cunningham and the rest of the gang are nowhere to be seen), it appears, at least in America, that things are going in the right direction - FINALLY. There were numerous economic metrics of note released last week, including the all-important jobs numbers in both the US and Canada (more below). In addition, there was a marked divergence in COVID-19 inoculation rates between the two countries, which does not augur well for the True North. Let’s dive in!

The above chart shows the steady progress being made stateside in dispensing vaccines. At this rate, in excess of 10% of Americans will have been jabbed by mid-month. Furthermore, pharmacy chains will be setting up inoculation clinics to help speed up the process. These are very positive developments, the upshot being that with such efficient – and speedy – vaccination of the citizenry, America may very well exit this whole tiresome lockdown regimen soon. Then America can resume doing what she does better than any other country – growing her economy!

By contrast, Canadian authorities at the federal level appear to have completely bungled the entire vaccine file. Quite aside from provincial authorities complaining about a complete lack of available vaccine supplies, despite setting up facilities to process mass vaccinations, rates of inoculation are well behind those of the US. Recent reports put the total number of Canadians vaccinated at less than one million, which, pro rata, is less than one-third the US rate and is declining from that level with the aforementioned vaccine shortages.

Federal politicians are making a big display of pressing the pharmaceutical companies to speed delivery, but they won’t reveal the terms of the individual purchase contracts. Prime Minister Justin Trudeau made a big deal out of a contract signed with NOVOVAX to produce vaccines in Montreal, but a short while later it emerged that the facility to be used is still under construction and production won’t commence until later this year, if not 2022. This debacle led to criticism in the Canadian Press: 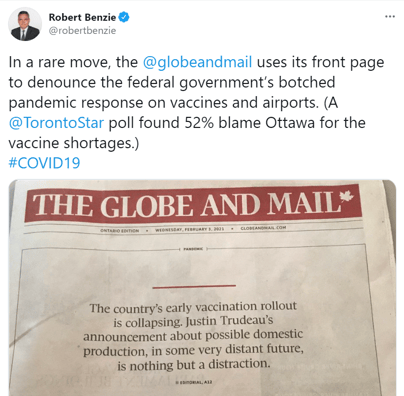 So, in short, Canada is trailing America in vaccinating its citizens. The Economist Intelligence Unit predicts Canada will achieve herd immunity in mid-2022, at least 6 months behind the US. So what?

This all implies a much later re-opening of the Canadian economy than had previously been thought, with implications for much higher budget deficits and more aggressive action by the Bank of Canada. In such a scenario, negative interest rates may move from being “studied” to being enacted.

Oddly enough, despite these negative developments, the CAD rallied against the USD on the week, regaining all the ground lost to the greenback following the latter’s brief countercyclical rally, so ably described in last week’s blog. Economic news in the US last week was quite positive on balance, leading Mr. Market to declare Risk On and trash the greenback.

US manufacturing continued strong in January surveys released last week. MARKIT showed 59.2, up from the prior 59.1, beating the call of 59.1 and was also a record high. ISM declined to 58.7 from December’s 60.5, missing the call of 60.0 – but still a strong number. 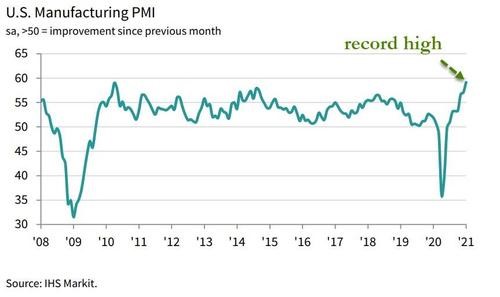 US Factory Orders outdid the street call for December, rising +1.1% and beating the call of +0.7%. Evincing strength in the sector, November was revised upwards to +1.3% from the original +1.0% - always a good sign! Levels have now recovered to pre-COVID levels. 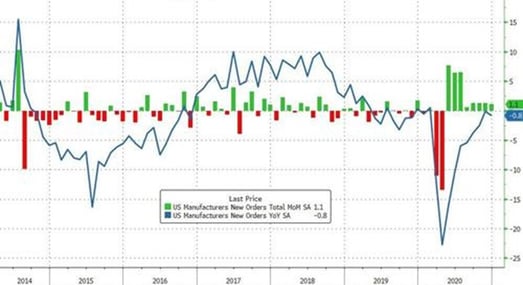 The number most closely watched by market players, analysts, and economists alike is the monthly labour market report. The numbers released for January were a disappointment, but most investors take the attitude that 1) these numbers are a lagging indicator and 2) soft payroll numbers will ensure more stimulus from Washington, not less.

As it emerged last Friday, payrolls rose just +47K, well below the analyst consensus of of +105K. The jobless rate declined to 6.3% from the prior month’s 6.7%, which was also the call. December revised downward to -227K jobs left the two-month revision standing at -159K jobs – not pretty. 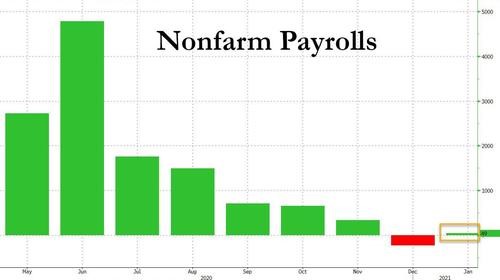 In Canada, a disastrous January labour force survey capped off a grim week for the ruling Liberals. A total of -213K net jobs vanished, dusting analysts’ estimates of -50K and eclipsing the previous month’s -52.7K jobs. The unemployment rate rose to an astonishing 9.4% - the street call was 6.9%, slightly above the prior 6.8%. -225K part-time jobs disappeared, mostly in retail and concentrated in Quebec and Ontario as a result of recent rather severe lockdowns. +12K full-time jobs were created, however, mostly in the manufacturing sector. 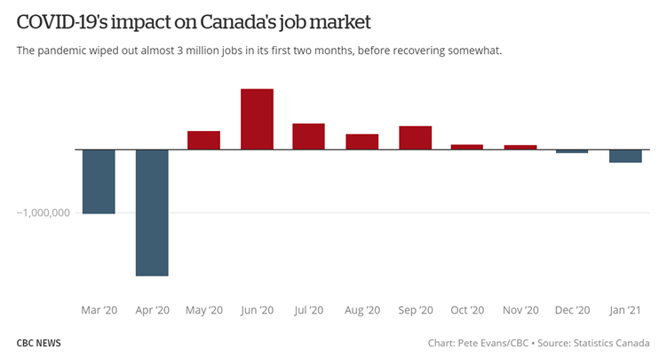 With this awful news coming on the heels of the poorly-handled vax rollout, one might have expected the loonie to sell off or the Toronto Stock Exchange to take a major hit, but of course neither occurred. The loonie, as we mentioned earlier, picked up ground against the greenback while the TSE, along with the S&P 500, hit a record closing high on Friday, as traders discount (or even ignore) current news and patiently await the advent of The Roaring Twenties 2.0

Only one central bank was in the news last week. The Bank of England held rates steady and left QE at current levels. All of this was as expected. 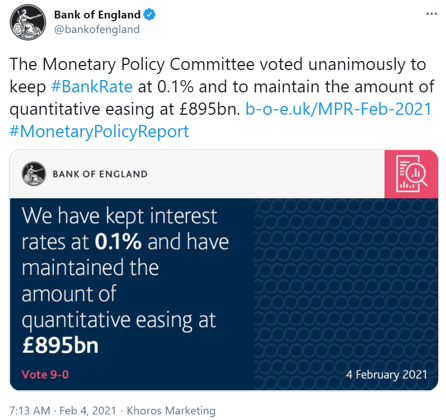 The Bank warned of a possible spike in inflation come springtime and the outlook for the economy was generally in line with expectations. However, the Bank made reference to negative interest rates which caught the attention of players:

“While the Committee was clear that it did not wish to send any signal that it intended to set a negative Bank Rate at some point in the future, on balance, it concluded overall that it would be appropriate to start the preparations to provide the capability to do so if necessary in the future[…]”

Officials have since walked back this remark. Which likely means the subject is still being studied.

The coming week sees little in the way of metrics for Canada, some second-tier US numbers and a dearth of Fedspeak. Only Fed chair Jay Powell is slated to speak, on Wednesday.