Where the 'Jobs' Are*

Surprisingly good employment numbers emerged last Friday on both sides of the border, suggesting the North American economy may be shaking off the ill effects of the pandemic shutdown in the second quarter. With the disastrous Q2 fading into the past (and none too quickly for most players), fundamental measures of the economy are once again gaining in importance as traders and investors attempt to glean the future course of the recovery. Being glass half-full types here, we think the outlook is positive, so let’s take a closer look at a veritable tsunami of metrics released last week.

We should start with a look at US manufacturing, which really took it on the chin in recent months. The Markit ISM printed at 53.1, the highest since January 2019 while the ISM August index, forecast at 54.5 by analysts came out at a solid 56.0, highest since November 2018. 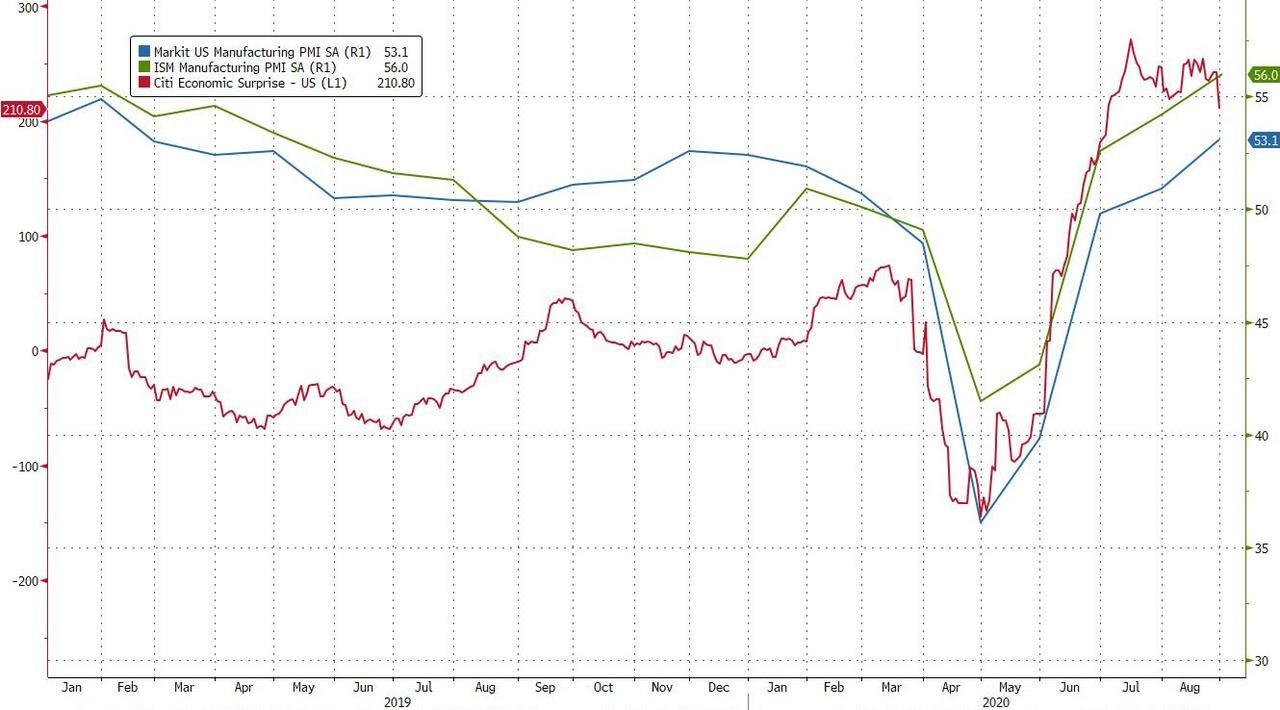 The real story, though, was in the New Orders index, as manufacturers began to see the effects of an inventory re-build. The reading jumped to 67.6 from the prior read of 61.5 and represents the highest level in almost seventeen years. However, the Employment Index lagged, remaining in contraction while rising from 44.3 to 46.4 - still a positive move.

The next item of note was July Factory Orders, forecast to rise +6.2% but actually beating the call at +6.4%, while June was revised upwards from +6.2% to an identical +6.4% (always a good sign). On a yr/yr reckoning the metric is down -6.2%, but given the tremendous dislocation in Q2, we’ll take it! 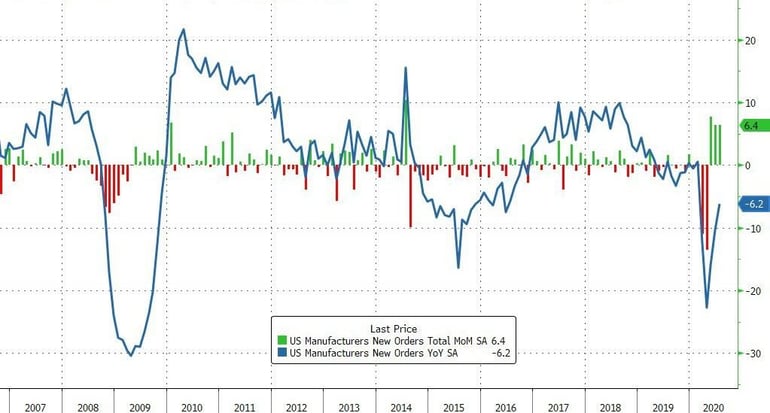 All of this brings us to the widely watched US labour market statistics released last Friday. To commence our review, we’ll let the Tweeter-in-chief sum up the results in his usual stentorian fashion:

Mr. Trump is actually correct in his assessment. August US payrolls were called by market players at +1.350 mln vs the previous +1.763 mln, and the jobless rate at 9.8% vs the prior read of 10.2%. In the event, the numbers printed at +1.350 mln and a surprising drop to 8.4%. In practical terms, over half of all the jobs lost to the Q2 lockdown have been recovered. 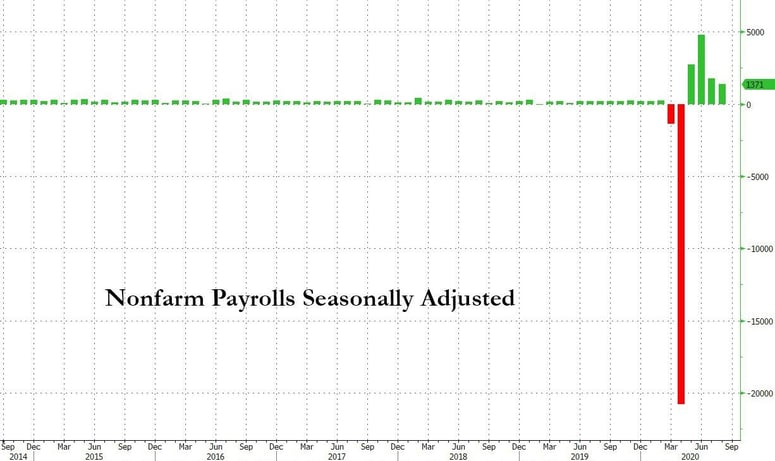 These results raise several questions, though. The first, and most obvious: is the recovery now self-sustaining? The answer perhaps, but Washington appears keen on another stimulus package to ensure the recovery does not falter. As usual with such things, politics slow down the process enormously. The Fed, by virtue of their recent statements, certainly won’t stand in the way of a strong recovery, so it looks like all clear for now.

The second question is: where are all these jobs being created? The answer is interesting, and the graph below is self-explanatory: 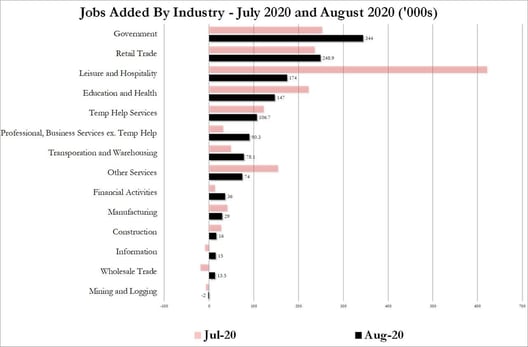 In the True North, August employment numbers released coincident with the US numbers revealed strong job growth in Canada. Although the total number of jobs created at +245.8K missed the call of +250K, the jobless rate declined as expected to 10.2% from the previous 10.9% and there was exceptionally strong growth in full-time positions: +205.8K jobs, a stellar number, with the balance in part-time jobs.

Including these recent numbers, total jobs now recovered stands at around 1.9 mln of 3.0 mln jobs lost to the pandemic lockdown. The concern now is that, with provincial re-openings largely complete, further job gains may be difficult to come by. There is no doubt that a proven, effective vaccine and a relaxation, if not complete lifting, of face mask rules and the like would prompt a strong boost in consumer confidence, but we are not there yet. Regardless, these numbers helped the loonie eke out a gain over the USD and end up the winner – just barely – on the week.

Fun Fact: Last week saw the release of the Federal Reserve’s Beige Book, a monthly reporting by the various regional Feds of economic activity – or the lack thereof – in their respective districts.

There was little to report: essentially economic activity is “rebounding”, but still well below pre-pandemic levels, which is not a surprise. What did prove surprising was a careful parsing of the Fed Beige Book statements going back some time, as the graph below clearly demonstrate:


This week sees a handful of secondary statistics in both Canada and America, while no surprises are expected from the Bank of Canada rate-setting announcement tomorrow (the second for BOC Governor Tiff Macklem). The accompanying statement may prove interesting.