The main market drivers in March continue to be the easing of Covid pressures and restrictions in North America and Europe; geopolitical fallout from Russia’s invasion of Ukraine; and the central bank response to runaway inflation. It is not lost on me that the first two drivers will spur more inflation.

We had monetary policy developments at the two major global central banks – the US Federal Reserve and the European Central Bank.

Let’s start with the ECB, no they didn’t alter its interest rates, but it pulled out a tool from its policy toolbox. Forward guidance is amongst the strongest tools a central bank has and the ECB used it to communicate its future intentions. The ECB ended it pandemic QE (PEPP) and accelerated the tapering process of its normal QE so that it will end in Q3. The ECB stated that after “some time” rate hikes could follow. Now this doesn’t mean that the first rate hike will be in December, it could actually come sooner because the ECB stated that ''QE tapering size and duration can be revised according to data''. Thus, if inflation keeps going higher, they could terminate QE in June and hike in September. 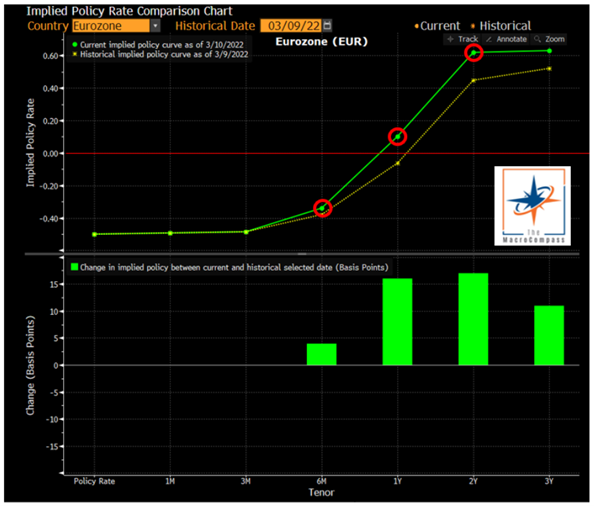 Remember, the ECB is the second most dovish central bank in the world (Bank of Japan is #1) and Europe is the most affected area when it comes to the Russian invasion. Having said that, they still accelerated their tightening plan. This fact alone tells me that the Fed may need to do more to fight inflation than the market thinks.

Meanwhile, the Fed finally hiked rates this past week by 25 bps, as expected. The last time the Fed hiked rates was 2018. The decision wasn’t unanimous, there was one dissenter that wanted to hike rates by 50 bps. The Fed lowered its growth projections and upped its inflation forecast. The dot plots indicated 7 rate hikes for this year with 4 more to follow in 2023. The Fed also indicated that the start time for QT, quantitative tightening, would be discussed at its next meeting.

Chairman Jerome Powell, in his press conference after the policy meeting, suggested that he would be in favour of a 50 bps rate hike if needed. On Friday, Fed member Waller said that he would prefer to frontload interest rate hikes and would favor hiking 50 bps at 1 or multiple meetings. We will be watching in the weeks ahead to see if other Fed members feel the same way.

What does all this mean for the USD? The initial reaction to the rate hike and the Fed’s new hawkish tilt was USD strength. However, as the day wore on, that view fell by the wayside. Research by the Financial Source Team of JP Morgan shows that the USD rises in 6-months ahead of the Fed meeting and is sold over the next 6-months after the first rate hike of the hiking path. 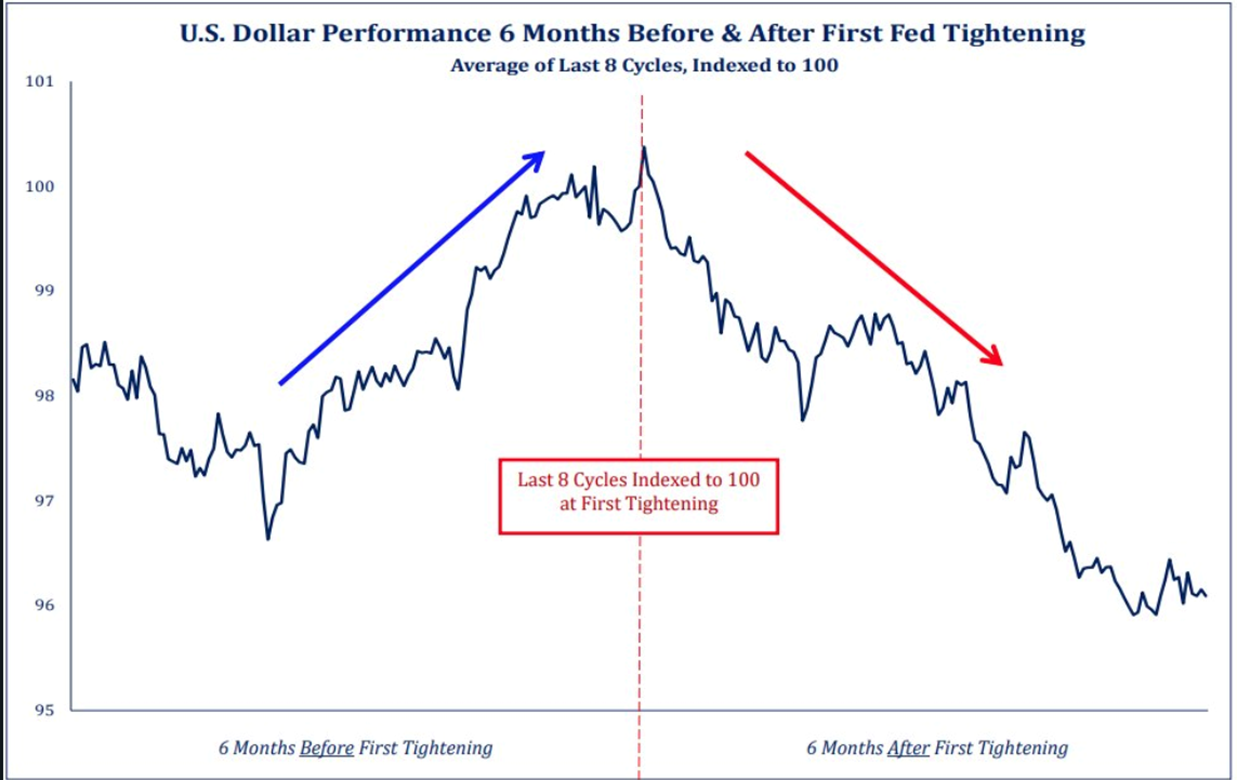 Which currencies will do well in this environment? Most likely the ones that have been the best performers of the year – the commodity countries of New Zealand, Australia, and Canada. These currencies have been fairly resilient despite the recent risk-off move in the global stock markets, and that is primarily due to their commodity exposure. In fact, with the de-platforming of all things Russian, these countries produce every commodity that Russia produces which will spur more demand for their currencies.

When it comes to their monetary policy stances, New Zealand is amongst the countries that are raising interest rates the most aggressively. Canada recently raised interest rates and has signaled further aggressive rate hikes ahead. Australia has been slightly dovish here with its patience stance. Nevertheless, it is the best performing currency year to date.

In the week ahead, the economic calendar is light. The data to watch will be the flash PMIs from Australia, Eurozone, the UK, and the US. This will be the first reading on the manufacturing and service sector after the Russia invasion. 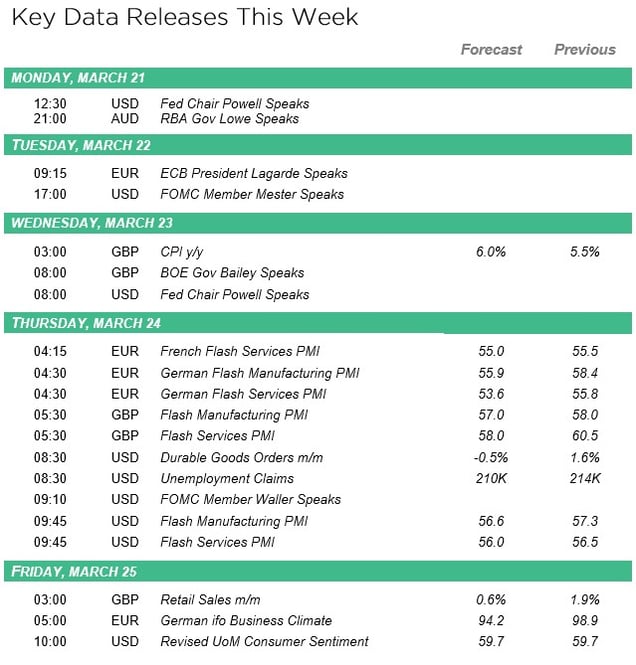