0-0-9: that is what sent the GBP to a 2% gain for the week. The official vote by the members of the monetary policy committee of the Bank of England was 0-0-9, which means that all the members were on the same page to hold the rate at 0.75% and keep the asset purchase program unchanged. The BOE upgraded its growth forecasts, saying unemployment will fall further and the economy will generate more excess demand than previously predicted. However, it did cut its inflation outlook.  Bank of England Governor Mark Carney said that if their forecast (which is centred on a Brexit deal) is correct, rate hikes will be needed, and more hikes than what’s currently priced into the curve.  This was seen as extremely hawkish, and implies that the next move in rates will be higher. This puts the BOE in stark contrast with the neutral stance of the ECB, RBA, BOC, and RBNZ, hence the outsized upward move in the currency.

The other central bank making waves last week was the Federal Reserve. The members of the Fed were also on the same page as they unanimously decided to leave the primary Fed Funds rate unchanged and cut the IOER (interest rate on excess reserves) by 0.05% to 2.35%. They also noted that that economic activity “rose at a solid rate” and removed a reference to inflation declining “largely as a result of lower energy prices”. The market interpreted the Fed announcement was mildly dovish, sending the USD lower. That quickly reversed, however, as Chairman Powell spoke at the press conference 30 minutes after the announcement.

Powell characterized the cut in the IOER as “just technical” in a remarkably matter-of-fact tone.  He also said not once, but twice, that the FOMC doesn't see a strong case for moving in either direction on rates, and added that data so far this year had unfolded largely as expected. This statement had the media concluding that the Fed was data dependent. This always causes me to chuckle inside. Duh! Since when has the Fed, or any other central bank for that matter, not been data dependent? The very nature of what they do is analyze data: it ranks right up there with humans being oxygen dependent. 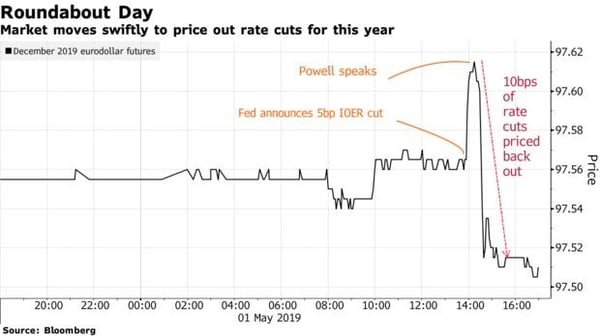 The media and the market were transfixed by Powell’s use of the “T word” (no, not Trump): the word is transient. He used it to dismiss low inflation meaning that it was temporary in nature, and that the Fed was confident that inflation would return to its 2% target.  Transient… transitory… this is typical Fed-speak to demonstrate that they are smarter than us, all-knowing; on Wall Street they call it a “soft patch”, and on Main Street they call it a “blip”.  What Powell said in the presser made it sound more like its old hawkish self: the 2018 version of the Fed.

The USD was up across the board after Wednesday’s Fed meeting and all through Thursday, but the rally stalled on Friday as the market were reminded how tough it is for policymakers to discern any meaningful information from the mixed US economic data. Friday’s jobs data was stellar, except for the wage component.  This was on top of the mixed signals on the manufacturing data.  US factory orders rose 1.9% in March compared to 1.5%, painting a solid picture of US manufacturing.  However, this was in stark contrast to the earlier manufacturing ISM report which fell to the lowest since November 2016.  The USD rally, underpinned by the growth divergence that I outlined in this dispatch two weeks ago, may have run its course (for now).  No wonder central bankers are hesitant and data dependent!

Last week’s poor performers were the NZD and AUD, which had the market selling them both ahead of next week’s policy decisions by both central banks. The recent soft patch in Australian economic data has opened the door for a rate cut by the Reserve Bank of Australia at the upcoming policy meeting this Tuesday. The prior week’s disappointing inflation data and last week’s terrible building permits data (-15%) has traders wondering if the central bank will slash its bank rate, which currently stands at 1.5% 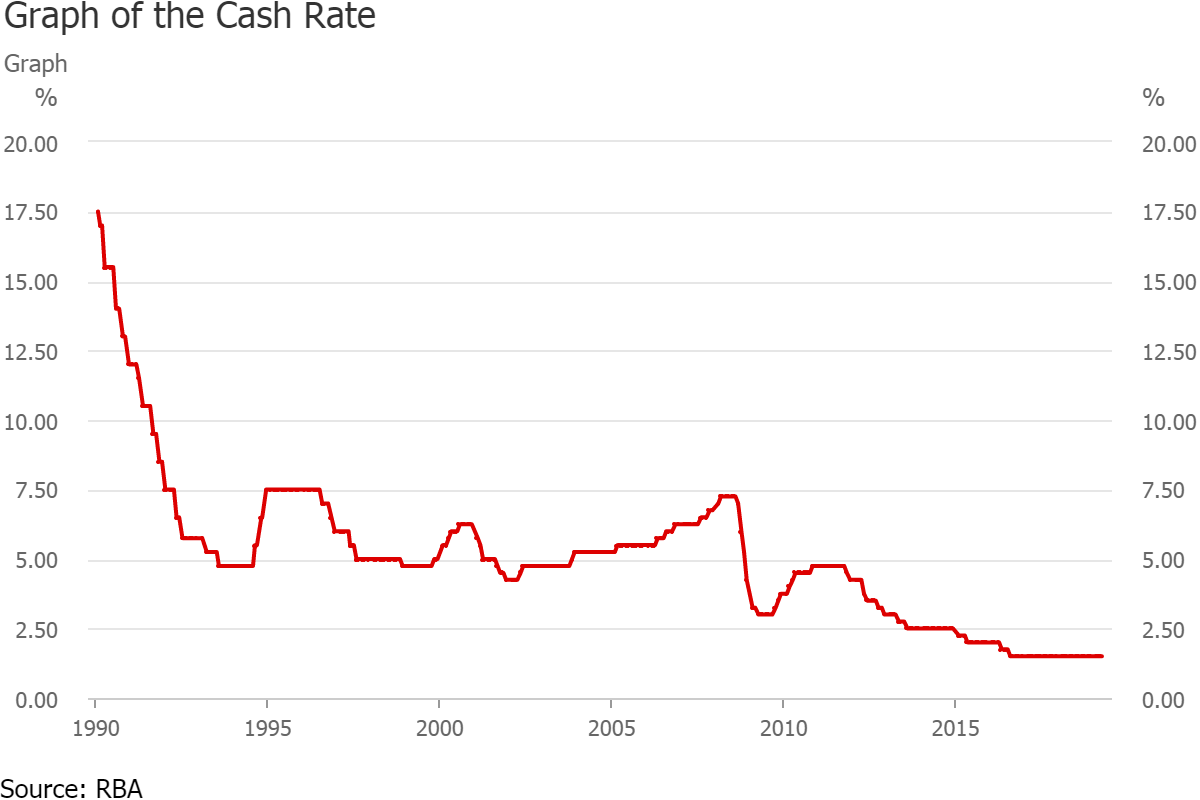 The next day, the decision from the Reserve Bank of New Zealand is due. Last week’s weaker-than-expected employment report has fanned speculation of a RBNZ rate cut. Funny enough, they may choose to cut if the RBA decides to cut rates the day before in order to keep the NZD from moving higher against the AUD. It is an incredibly close call, with most domestic banks agreeing that there is a 55% chance of a rate cut. Regardless of the outcome, pay attention to what the central bank says rather than what it does. For instance, if they do cut, listen to whether they leave the door open for more cuts. If they don’t cut, be on the lookout for a strengthening of its easing bias. 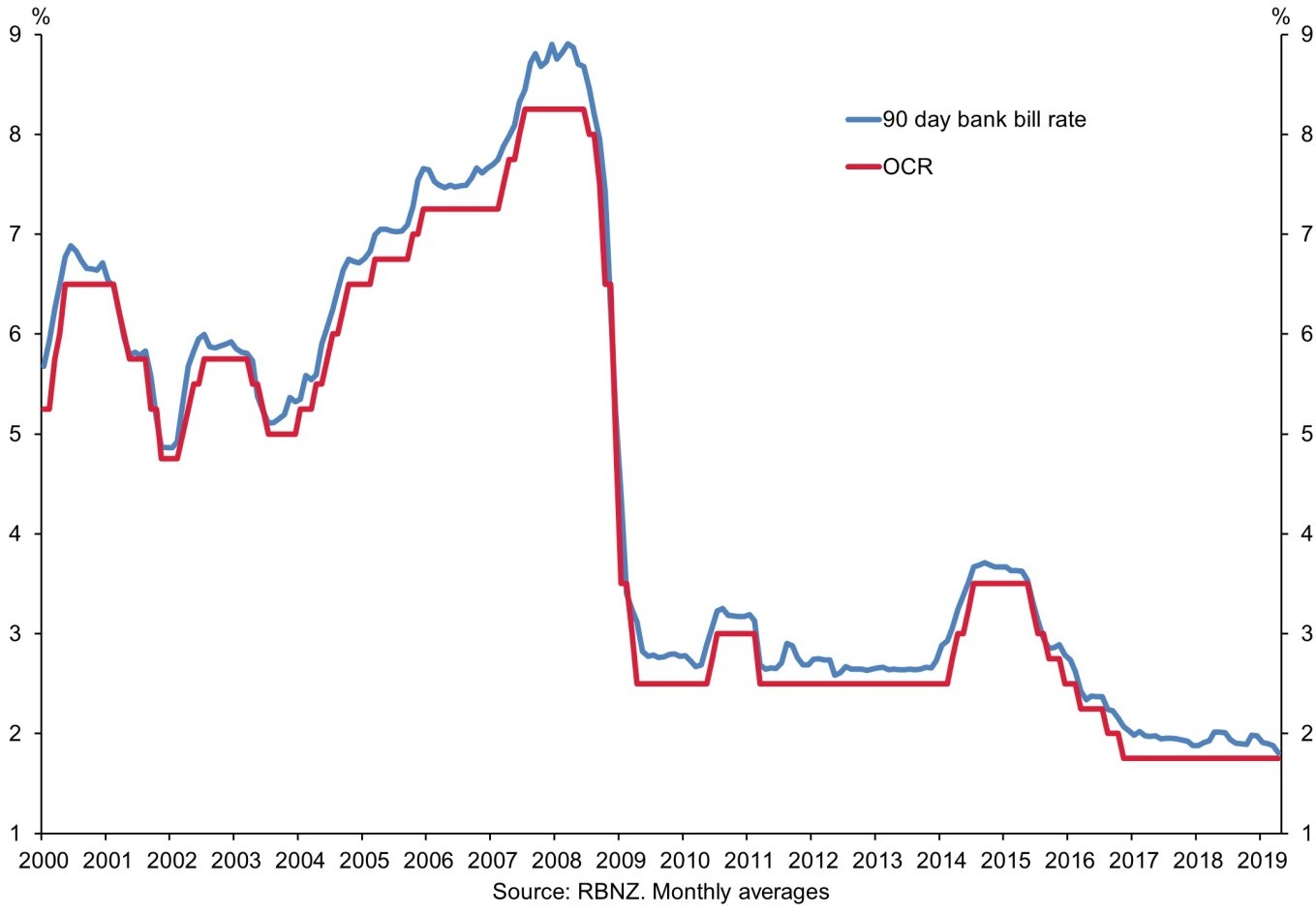 Besides the two central bank meetings, next week we will see more data from the Eurozone (retail sales), especially from Germany (factory order and industrial production), which will give us more clues as to the health of Europe’s largest economy and economic engine. On Friday, we get two sets of numbers that will drive the trading in the USD/CAD rate: Canadian job’s data and the US CPI.  Considering Powell’s use of the “T word” to describe the inflation picture, I wouldn’t bet that Friday’s data will lift the cloud of uncertainty surrounding the Fed’s interest rate outlook.