The USD was crushed last week after very disappointing employment data threw a wrench into the Fed’s taper plans. Most of the major currencies benefited from Friday’s dismal US jobs data as risk on sentiment ruled the day. The USD was also weighed down by improved market sentiment due to expectations that Covid spread was slowing, signs that the slowdown in China was improving, and signals that some central banks would start to look toward reversing some of their expansionary monetary policies.

Wednesday’s ADP employment report raised red flags for Friday’s non-farm payrolls. The August ADP reported an increase of only 374k instead of the forecast of 610k. This was well off the 943k reported in July and the 938k reported in June. Friday’s August job report was very disappointing as the economy created only 235k jobs following back-to-back months of more than 900k. This was the fewest jobs since January.

The FOMC minutes of the last meeting confirmed that most Fed officials saw that tapering this year would likely be appropriate. This caused the burden of proof to shift from “needing better data to taper” to “as long as there are no significant downside surprises”. One has to wonder whether the dismal employment report qualifies as such a surprise. We won’t have long to wait: the next Fed meeting is only three weeks away. 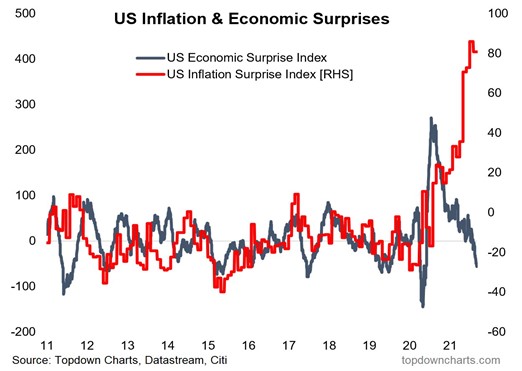 Speaking of negative economic surprises, I have warned on previous occasions that data has softened. As you can see in the chart above, the US Economic Surprise Index has moved below zero. This doesn’t mean that the data is deteriorating, but that it is coming in below economist’s expectations. The chart is interesting because it plots the US Economic Surprise Index against the US Inflation Surprise Index, and warns that we may be entering a stagflationary environment (persistent high inflation combined with high unemployment and stagnant demand). Going forward, inflation will be scrutinized for signs that the Fed's transitory characterization might have missed the mark.

When data comes in consistently below expectations it may indicate that the economic models being used are flawed, which brings us to Friday’s announcement by the New York Fed. After forecasting 3.8% GDP growth in last week's report, the NY Fed has suspended the data tracker. The notice on the NY Fed’s website says:

“The uncertainty around the pandemic and the consequent volatility in the data have posed a number of challenges to the Nowcast model. Therefore, we have decided to   suspend the publication of the Nowcast while we continue to work on methodological    improvements to better address these challenges.” 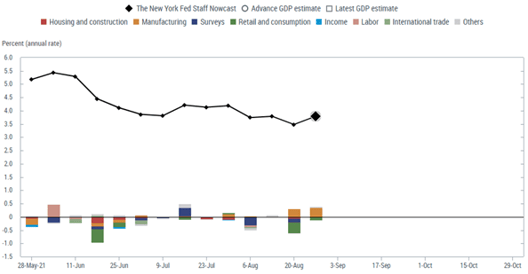 What are we to make of this announcement? The model wasn’t suspended when data was rising in late 2020 with similar pandemic confusion. Questions are now being raised about why the data is considered flawed only now that it is moving lower.

With the laundry list of all-time highs, as pointed out by this tweet below, should we be concerned? Time will tell. 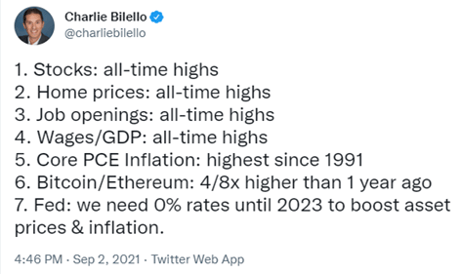 The holiday-shortened week ahead is jam-packed with economic data releases and three major central bank meetings. The Fed isn’t the only bank toying with tapering QE. Of the three banks meeting next week, the Bank of Canada and the Reserve Bank of Australia have already tapered. Will they taper again?

Meanwhile, the European Central Bank will be debating whether they should extend their bond purchasing program that is due to end in March of 2022, which could very well be before the Fed's tapering is completed. That is if the Fed’s taper actually gets off the ground. 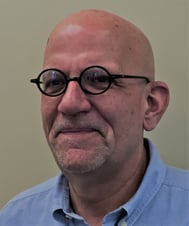 Unfortunately, we must close out today’s dispatch with some sad news. It is with a heavy heart that we inform you of the passing of our beloved colleague and friend, David Granner.

David began his finance career in the 1980s as a Sales Rep for Merrill Lynch Canada and continued his storied career in finance for over 40 years. After spending many of those years as a bond broker and trader for various firms, David joined Ascendant’s trading desk in 2015 where he provided support to his clients and lent his expertise to you all as co-author of this newsletter.

David was not only passionate about his work, but also the people he worked with. His smile and trademark “tea shade” glasses were always a welcome sight during even the most stressful days. We’ll always remember his easy smile, his friendly ear, and his love of trains and trivia. He will be dearly missed by everyone at Ascendant.

If you would like to help honor David’s legacy, please consider donating to the Canadian Cancer Society. 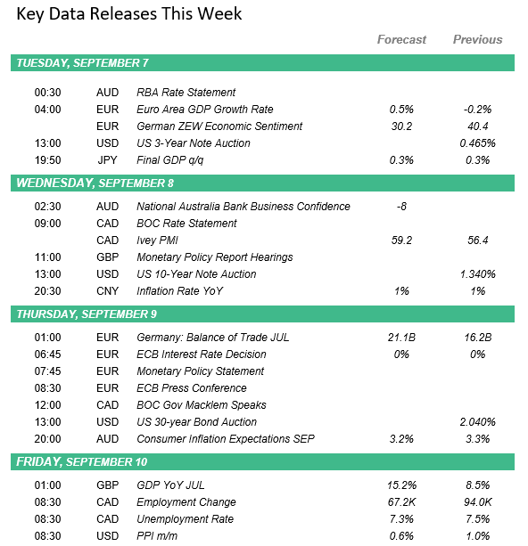