The July/August doldrums have hit with a vengeance, combined with a heavy dose of summertime sillies. It can be rather difficult determining what’s worthy of attention and what isn’t (the ratio usually being around 5% / 95%), but give it a try we shall!

Let’s start with a look at the Land of the Free. The calendar was largely bereft of significant economic statistics, the only exception being June Retail Sales which didn’t surprise, coming in at +0.5%; however, Fed chief Jerome Powell was slated to appear before both the Senate and House banking committees and that was of greater, albeit nominal, interest. Generally, more information is forthcoming at the scheduled rate settings and these congressional inquiries inevitably devolve into politicians strutting and preening for the folks back home. This round was no exception, although Mr. Powell made clear the Fed’s view that the economy is growing strongly, workers are doing better, and that the Fed remains committed to raising rates. He acknowledged the strength of the labour market, remarking that ‘The unemployment rate is low and expected to fall further. Americans who want jobs have a good chance of finding them.’ Further, he told congressmen and women that the economy grew quite strongly in Q2, saying that growth was ‘…considerably stronger than the first.’  On balance, there were little in the way of surprises in his remarks and two more rate hikes appear set for the balance of the year. As a result the greenback sold off, losing some ground to profit-taking in a slow summer trading environment while the bullish trend appears intact

On the other hand, there were conflicting reports out of the True North. 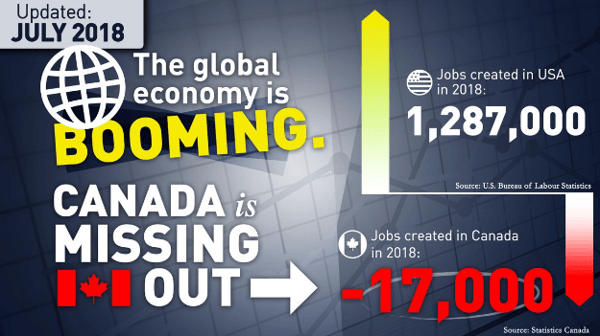 Reports released last Friday seem to indicate a strongly growing economy, despite the evident lag in job-creation.  June CPI rose a robust +2.5%, beating the call of +2.3% and well above the previous +2.2%. May Retail Sales rose strongly, very strongly in fact, coming in at +2.0% and well above the call of +1.0%.  Ex-autos rose +1.4%, topping the call of +0.5% and indicating that Canadians bought a lot of new cars. All of this was, obviously, conducive to the view that the Bank of Canada will continue on its rate-hike path going forward, and Mr. Market snapped up loonies with a vengeance. But not so fast!  Things may not be quite so rosy in the Great White North. 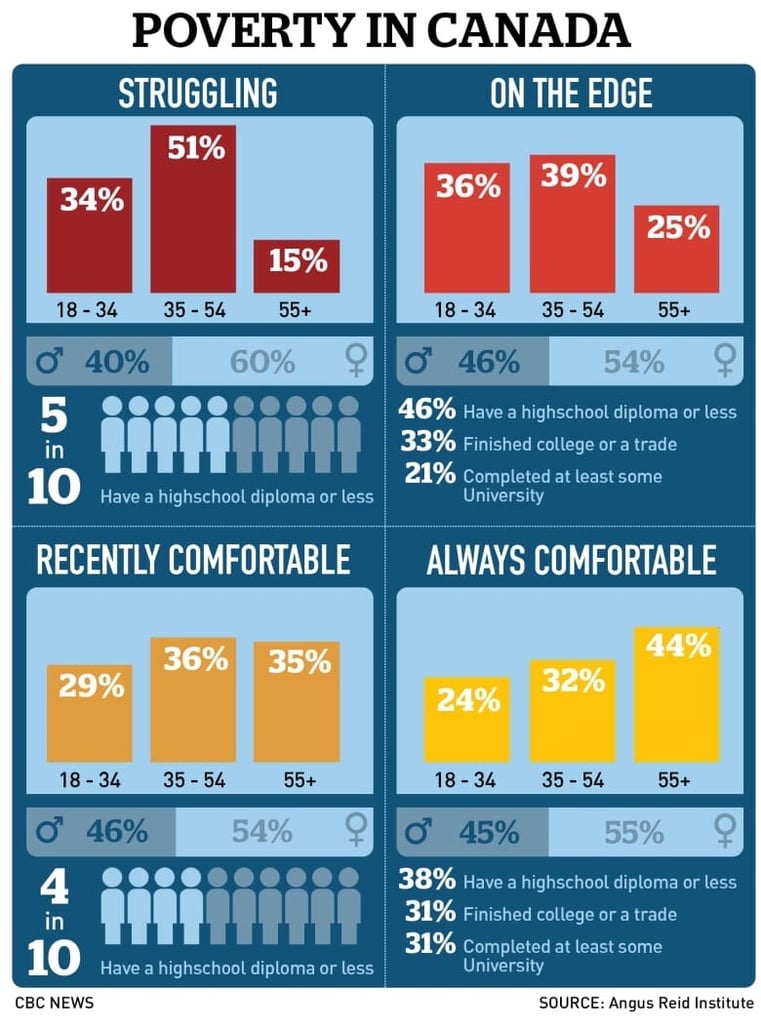 The graphic above demonstrates that nearly 16% (1 in 6) of Canadians are ‘struggling’ while 11% are ‘on the edge’.  Job loss and overwhelming debt are the usual culprits, and the takeaway is that over one quarter of the population cannot handle any sustained increase in borrowing costs or any new taxes – the proposed federal carbon tax being the clearest example.

While the indebtedness of the average Canadian is not new, the above graphic puts it in rather stark terms. In a sense, it hearkens back to American consumers post-2008, struggling with huge credit card debt and underwater mortgages.  While American consumers have, to a large extent, cleaned up their personal balance sheets, Canadian consumers apparently have yet to start. And that is hardly a positive for the beaverbuck.

FUN FACT: Recent US weekly jobless claims hit a low of 207K, the lowest seen since November 1969. At that time, the Beatles’ ‘Abbey Road’ (in our opinion their finest album) was No. 1 in America. 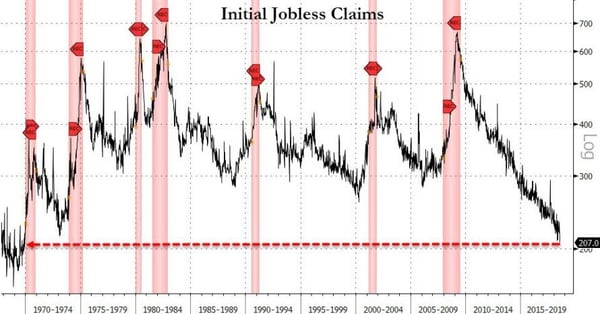 GBP was the clear loser on the week. The whole ‘hard’ BREXIT or ‘soft’ BREXIT or even BREXIT at all has become so incredibly convoluted, with PM Theresa May having bungled – there is no other word for it – the entire file. Several high profile resignations from her cabinet, including foreign secretary Boris Johnson who accused the PM of ‘dithering’, have left PM May in a weakened state. As of now, with amendments being added and to and deleted from the original BREXIT legislation and Ms. May fighting for her political survival, it is unclear what is really doing on. That’s a cue for traders to SELL.

Sterling Yr/Yr – What Goes Up, Must Come Down

Sadly for the British, Chancellor Angela Merkel – the true zone boss – is noting closely the disarray in Britain and, like any smart negotiator, upping the ante for a deal.

As an indication of summer silliness, last week’s media uproar over Mr. Trump’s admittedly less-than-stellar joint press conference with Russian strongman Vladimir Putin took the cake. As an issue, Russia barely registers on the consciousness of the average American, according to pollster Gallup. While immigration problems were named the top issue by 22% of voters, and the economy in general by 4%, the ‘Situation with Russia’ barely registered with voters at all. Not while the summer beckons!

The coming week sees nothing of note in Canada, while America sees a host of economic statistics including Q2 GDP.