Cyber-crime is criminal activity carried out using the internet, computers, or mobile devices. It is a major threat to businesses and individuals, and involves fraudsters or hackers unlawfully accessing confidential data or program files for the purpose of fraudulently obtaining money through coercion. According to the FBI’s Internet Crime Complaint Center (IC3), cyber-criminals were responsible for $2.7 billion in financial losses in 2018. This is a 238% in losses reported to the Center since 2014 (an average increase of 60% per year). This staggering upsurge clearly indicates that the scams used by cyber-criminals to target businesses are becoming increasingly more sophisticated. In spite of the geographic location of a fraudster, cyber-crime has no borders. Attacks can come from anywhere in the world, which makes transnational evidence gathering, as well as the ultimate identification and prosecution of the perpetrator(s), extremely difficult. 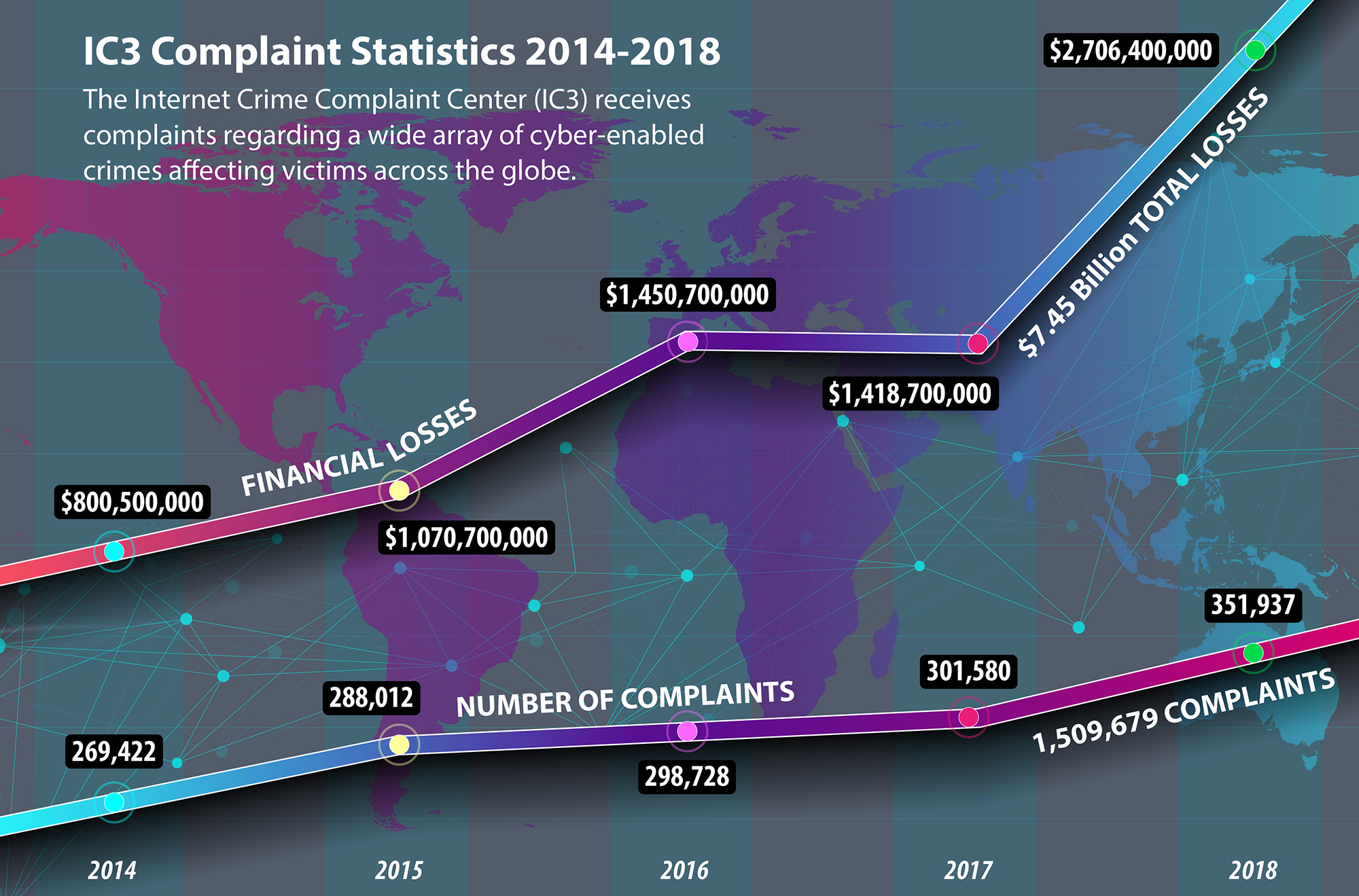 The Association of Certified Fraud Examiners identifies the 10 most common scams as:

This term may already be familiar after the notorious WannaCry attack of 2017 made international news. Reportedly the largest global ransomware attack in human history, WannaCry affected approximately 200,000 computers in 150 countries. The malware (malicious software) targeted unpatched Windows systems, encrypting files and making them inaccessible to the user. To regain access to their files, the hackers demanded victims pay a “ransom” of $300-$600 in Bitcoin. Countless individuals and organizations were affected, including the United Kingdom’s National Health Service and Sony Pictures. Experts estimated total damages between $500 million and $4 billion, and most intelligence sources trace the origins of the attack back to North Korea.

What happens in a Ransomware attack?

1. A computer or network becomes infected without your knowledge, usually through covert methods such as phishing emails.

2. Once the malware has access to the computer system, it infects the network or computer and encrypts or locks access to files and data.

3. The malware then corrupts and removes backup data, removing the data’s safety net. To avoid permanently losing precious files, the victim may feel forced to pay a ransom.

4. The victim is presented with a ransom demand, displayed on their computer screen, which threatens to permanently delete files and folders unless the ransom is paid.

5. While some paid and regained control, some other victims paid and still did not receive access to their files, or they were infected again.

How to Protect Your Business from a Ransomware Attack

About the Author: Bernard's role as EVP, Chief Compliance Officer for AscendantFX, and previously as a Commander in the Royal Canadian Mounted Police (RCMP) investigating organized crime, allows him to be uniquely qualified to give insight into the dangers which these many different frauds, scams, and hacks present to businesses and individuals.