Following the strong rally in stocks and the USD the week before last (Going Up - Nov 12/2019), a correction was doubtless to be expected. That correction occurred last week as bond yields fell and the greenback lost ground, although equities continued to move up. Meanwhile, Mr. Market fretted over some rather large unresolved issues: the ongoing Sino-US trade war, the increasing violence in Hong Kong (‘disorder’ according to the Chinese communist leadership), as well as Brexit and the relating UK election, still several weeks away. There was a dearth of economic news – with nothing of note in Canada, but our betters in politics and economics had a few things to say.

In the US, some secondary numbers were released indicating continued growth in the world’s most vibrant economy, with little in the way of inflation to worry central bankers. October CPI rose 1.8% yr/yr, slightly topping analysts’ call of +1.7%, while the core rate stripping out food and energy rose +2.3% yr/yr, slightly back of the expected +2.4%. At the wholesale level, October PPI rose +1.6% yr/yr vs call of +1.5% while the core rate came in at +1.5% as expected. Despite the strong economy and the length of the expansion, inflation is still not a problem.

American consumers are still out shopping, it seems, although not for cars.  October Retail Sales rose +0.3% vs call of +0.2%, while the ex-autos number disappointed at +0.1%, well back of analysts’ call of +0.4%.  Regardless, Black Friday is looming, along with the crucial Christmas shopping season, and that will provide a much clearer picture of the consumer outlook.

Lastly, US Industrial Production in October fell a larger-than-expected -0.8% vs analysts’ call of -0.4%.  This decline brings production back to levels last seen in March of 2009 – further evidence of the Sino-US trade war negatively impacting US business? 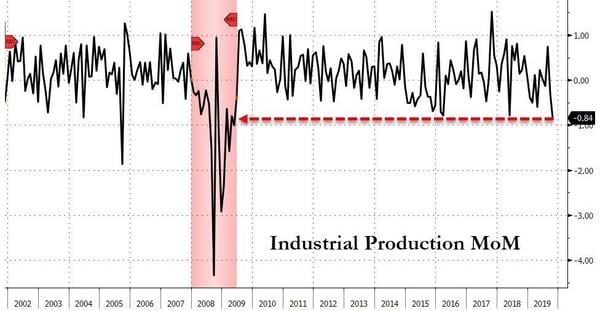 Federal Reserve boss Jay Powell spoke with lawmakers last Wednesday and Thursday, testifying on the current state of the economy, banking regulations, reserve requirements, and a whole host of rather technical stuff. Our learned colleagues Dr. Long and Mr. Short winnowed out the salient points:

There was little reaction from market players to these remarks, although the guys trading fed funds futures in Chicago made clear what they think: no movement by the Fed now or in Q1 2020. 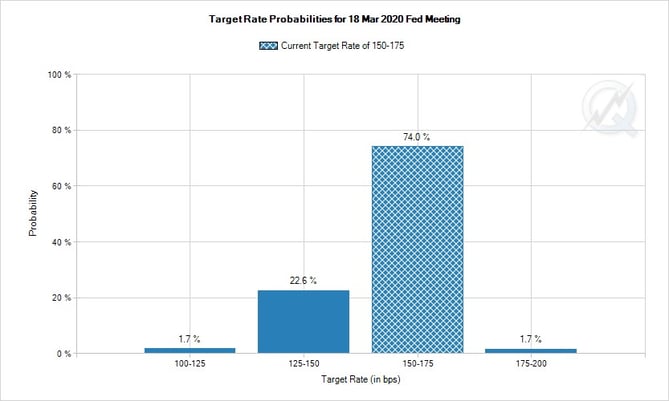 US President Donald Trump, in a widely anticipated appearance, spoke on Tuesday in his usual extemporaneous style to the Economic Club of New York. Investors were disappointed by the lack of any mention of a completed trade deal with the Chinese, while Mr. Trump praised negative interest bonds overseas and made clear his desire to see them in North America. The latter isn’t likely, with the Fed holding firm.

Over in the Eurozone, the release of German GDP was closely watched for signs of a possible recession, given that Q2 growth had been negative. As it turned out, Q3 GDP rose just +0.1% Q/Q, missing – just barely – a fall into recession. Analysts feel this may (unfortunately) relieve any pressure on zone governments to engage in fiscal stimulus, leaving that task to ECB monetary policy to continue attempting to spark a durable, broad-based recovery. Which hasn’t yet happened, despite years of trying with bond-buying, negative interest rates, and other gimmicks. 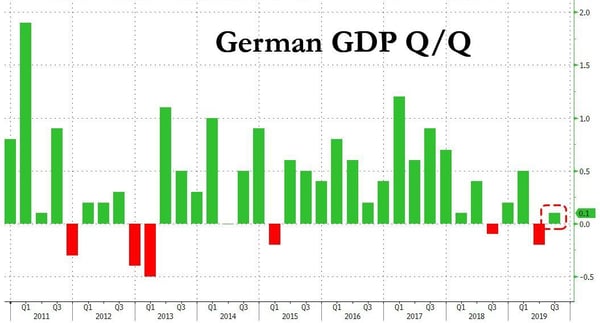 Fun Fact: America is now running a ‘petroleum surplus’, the first since 1978 when Jimmy Carter was in the White House. The fracking outlaws are mostly responsible for this excellent state of affairs, which looks set to continue. 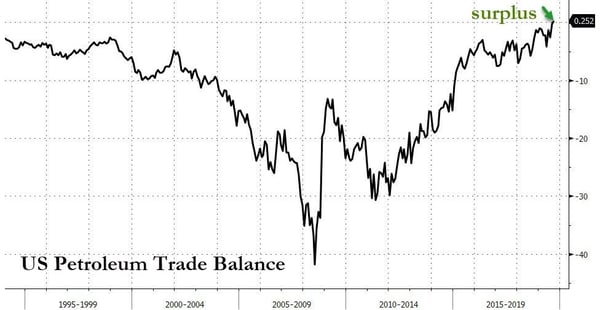 As the end of the decade draws ever closer, the coming week sees a mere handful of secondary US economic measures while Canada sees both CPI and Retail Trade, the latter always worth a look.