The past week witnessed numerous positive economic developments and a slew of upbeat numbers in the US. However, lurking behind the happy-faced news are some troubling indicators: some obvious, others not so plain. Let’s take a closer look, shall we?

In the True North, there were no economic statistics of note released. In the US, however, a mixed bag of secondary metrics revealed an economy still chugging along and growing steadily, or as the Fed put it in the Beige Book released last Wednesday “…economic activity generally continued to expand modestly in the final six weeks of 2019”. The one key item missing was any noticeable upward pressure on wages. While respondents reported continuing tightness in labour markets, employers still appear unwilling to raise wages to attract new help. Notably, some employers are eschewing layoffs, cutting workhours instead of workers for fear of not finding new staff when needed in the future. Overall, respondents appear to be less concerned about the ongoing Sino-US trade war (since resolved, more below), while worries about a slowing economy seemed to wane as well.

Hard numbers released during the week appeared to confirm the view of a domestic economy moving forward, expanding at a modest pace with little inflationary pressure. December PPI rose +1.3% yr/yr as expected, while the core rate (ex-food & energy) rose +1.1% versus analyst’s call of +1.3%. December CPI rose +2.3%  yr/yr versus call of +2.4%, while the core rate was up +2.3% as expected. The PPI rise was the smallest since August 2016. 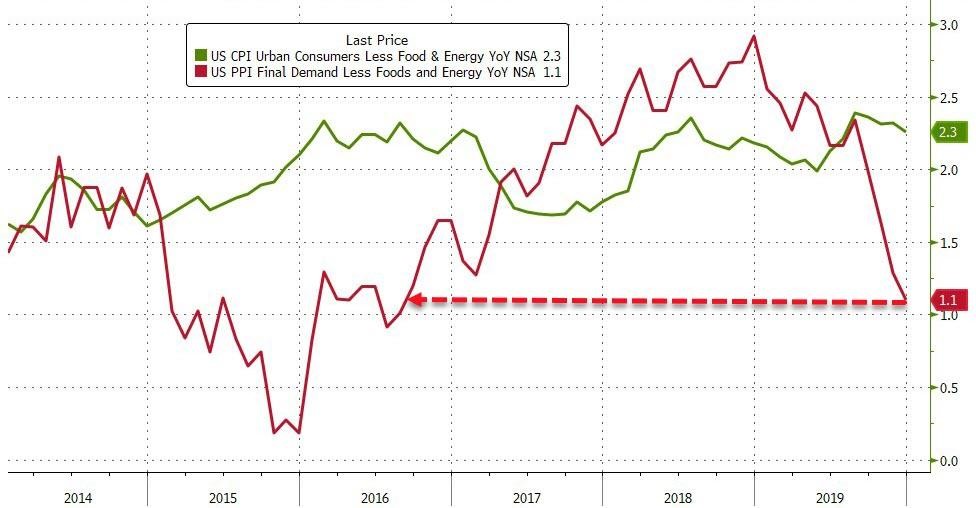 December Retail Sales rose +0.3% as expected, the all-important final month of holiday shopping. The ex-autos number surprised to the upside at +0.7% versus consensus of +0.5%.

On the trade front, both China and America signed on to a so-called “Phase One” trade deal. It should be noted that this agreement is just a deal, not a treaty so Senate ratification is unnecessary. The USMCA, on the other hand, is a treaty and was ratified by the Senate last week. Resolution of these two issues – the former for now and the latter for a much later – removes considerable uncertainty from the minds of investors. With last month’s apparent settling of the tiresome Brexit issue, some question marks have been removed and players are now looking elsewhere for trading opportunities. However, there are some dark clouds out there and bond traders (always looking for bad news) can usually find them. With the generally upbeat tone to the economic news of last week, a sell-off in bonds would have been expected. But treasury yields were flat or slightly down as bond traders (always a contrary lot) found some troubling items.

The first is the Cass Freight Index, which tracks the shipment of consumer goods and industrial products and the like by all modes of transport, excluding bulk commodities such as coal and wheat. The index now sits at its lowest level since 2009, in the wake of the Panic of 2008.

What’s causing this precipitous decline in shipments? The consumer appears in good shape and retail sales are firm, so that sector can be ruled out. The actual culprit may be the manufacturing sector, which has been weakening steadily during all of 2019. 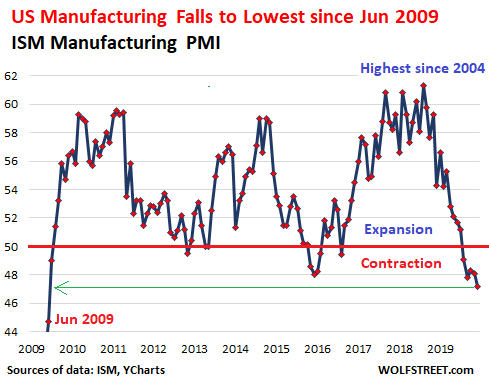 A struggling domestic manufacturing sector is manifestly not a positive for the USD and is likely one of the reasons why the greenback, while holding steady last week, isn’t in a classic “rally mode”. Recent record highs set in all three major US equity indices notwithstanding, there may be more weakness in the global economy than is being generally acknowledged.

Which brings us to Germany, the home of top-notch engineered products such as automobiles, high-speed trains and the like, the exporting powerhouse (and paymaster) of the EU. The good burghers may be frowning these days. 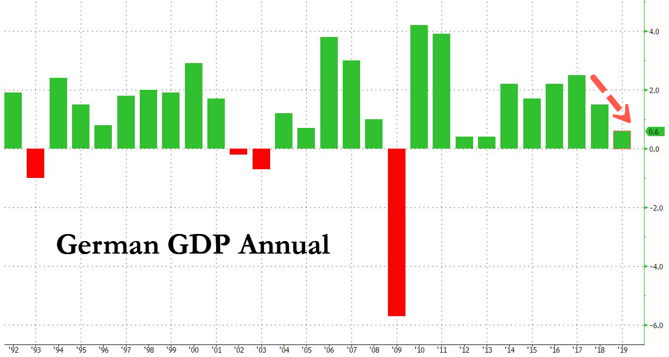 The trend is not promising

In 2019, Germany narrowly avoided a recession as Q3 growth of just +0.1% followed a contraction in Q2. Most of the weakness is in the German auto sector, a large part of the economy exposed to the vagaries of the global auto market. 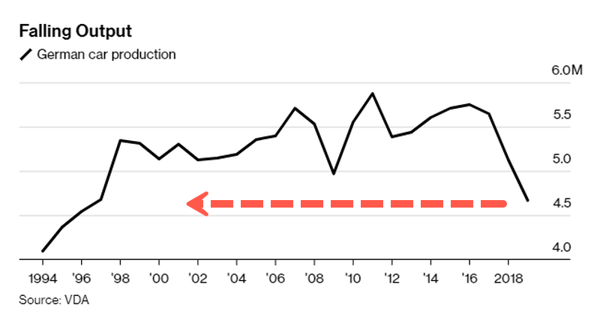 With a manufacturing recession in evidence in both the US and Germany, and factory giant China forecast to see 2020 GDP growth of under +6.0%, the outlook for global growth has dimmed. It’s a small wonder that bond traders have been buying bonds and the greenback has held steady. 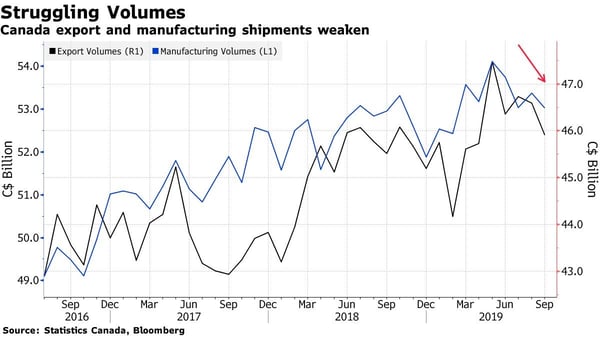 On Wednesday the Bank of Canada will make its rate announcement, and the general consensus is for no action to be taken. The Canadian economy was noticeably weaker in Q4, as manufacturing and exports both weakened into year-end (see above). Additionally, Canadian consumer debt stands at record levels and the Bank is likely reluctant to encourage further borrowing. With this in mind, rates will probably remain unchanged at 1.75% while the Bank, in its accompanying statement, will most likely point out that both unemployment and inflation are at low levels and further cuts are unwarranted. The Bank will likely gloss over the Q4 slowdown and talk up Q1 2020, but this should have little effect on the Loonie.

The coming week sees a handful of American economic measures, Canadian December CPI and November Retail Sales along with the above-noted rate announcement. Additionally, our betters will be gathering in Davos, Switzerland January 21 – 23 for the World Economic Forum, so we plebes should be prepared for some stern lecturing.