There’s an old saying: “shoot first and ask questions later”. In other words, act swiftly even without enough knowledge to know if it’s the right thing to do. This is exactly what is happening in the currency markets right now.

The market is struggling to price in what's happening with the Novel Coronavirus (nCoV) and its effects on China. China is the de facto manufacturer of the world and the knock-on effects are unknown. Thus, the logical reaction is to sell everything and seek the safety of the USD, US Treasurys, and apparently US equities (not exactly a classical risk off option). Having said that, when the Federal Reserve keeps offering liquidity (not technically QE, but it is), the Fed has the equity market’s back. The Fed’s repo, which was started in Q4 as a temporary operation, has been extended to Q2.

On Friday, S&P Global Ratings lowered its forecast for China’s economic growth this year to 5% from 5.7%, citing the impact of the nCoV outbreak. Most of the economic impact of coronavirus will be felt in the first quarter, and evidence is already starting to trickle in. Taiwan's exports to China fell 7.9% after a 1.8% rise in December, while imports from China dropped 18.2% after a 16.5% increase. Keep in mind that these numbers may not be a true representation due to the Lunar New Year holiday. 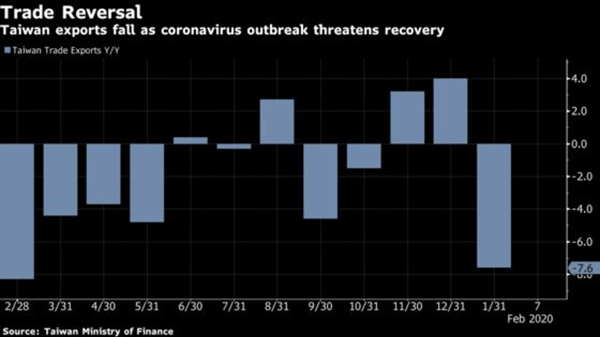 The market has moved quickly to discount more interest cuts by the Federal Reserve. The probability of a quarter point rate cut by the end of the year is 36.8% and 28% for two cuts. 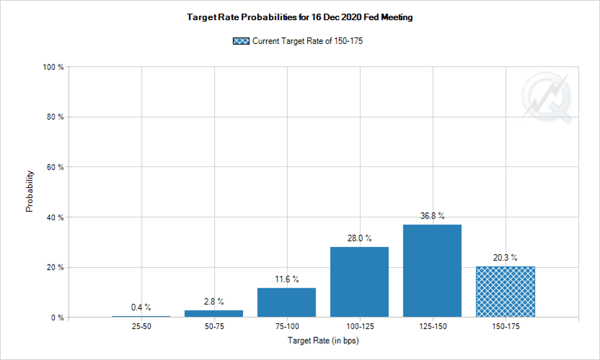 Interestingly, the currency market is lagging the interest market which is already pricing in rate cuts. This can be seen in the daily chart of the US dollar index: the USD has been bid up relentlessly since news of the outbreak broke. The momentum indicators are stretched but have yet to turn and price in rate cuts.

Elsewhere, both the GBP and the Euro took their lumps last week. With the UK finally out of the EU, the GBP finally gave up the 1.30 handle as the realization sets in that they have only 11 months to negotiate a trade agreement with the EU. The UK wants an agreement similar to that which Canada negotiated with the EU, which does not require regulatory convergence. However, the EU wants the opposite: it wants to link the future relationship to continued alignment.

Of course, the fallout of not getting a trade agreement between the UK and the EU isn’t just a negative on the GBP, it also has repercussions for the euro. This will be seen in the euro/USD rate.  Furthermore, the euro also took a hit on Friday with the release of German Industrial Production numbers, which put into question Germany’s economic recovery. The data showed that December’s output slipped by 3.5%, the biggest monthly drop since the great financial crisis.

For our clients with CAD exposure, the CAD continued its downward trend in 2020. The economic data in Canada last week was solid. Canada’s trade balance data for December was better than expected. The December trade gap fell to $370 million, down from an upwardly revised deficit of $1.2 billion in November. This is the smallest deficit since a surplus in May 2019.  Also, Canadian employment strengthened for a second-straight month. Canada's economy added 34,500 positions in January, all in full-time work. The unemployment rate dropped slightly to 5.5% in the month, from 5.6% in December. Wage gains accelerated 4.4% and hours worked rose 0.5%. This was welcome news after a dovish Bank of Canada last month, but fears of a loss of demand for oil due to the nCoV outbreak, and a plunge in the price of oil since the beginning of the year, has been too much for the CAD to overcome.

As we have seen, the positive effects of strong economic data have been sidelined by the nCoV outbreak. The market’s attention will squarely be on the outlook for any sign that the rate of increase in infections has slowed. 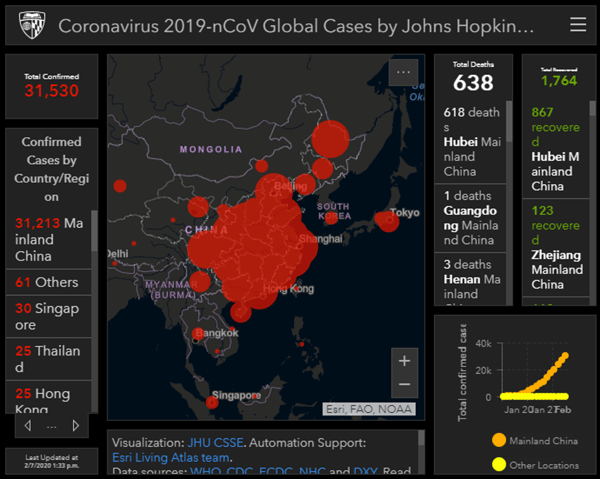