The divergence theme that has powered the USD since the beginning of the year is waning. The theme was based on superior vaccine rollout and economic growth in the US compared to the rest of the world economies, but now the vaccine rollout in other countries is accelerating and the growth difference is converging. Friday’s strong preliminary PMIs shows the euro area recovery is gaining momentum. The Eurozone manufacturing PMI rose to 63.3 from 62.5 and the service PMI rose to 50.3 from 49.6. Meanwhile, the composite PMI rose to 53.7 from 53.2 and is the highest since last year's peak set in July at 54.7. Thus, despite rising Covid cases and widespread lockdowns, the Eurozone recovery is gaining momentum.

The incentive to hold the USD has also faded over the last month. The US 10-year yield started at 1.20% at the beginning of the year and moved higher to around 1.75% in mid-March. Since then, it has tumbled to 1.55% on Friday. The fall in yields in conjunction with an increase in federal spending has diminished the enthusiasm for holding the USD. This can be seen in the relative performance of the USD over the past month.

The big story of the week was that the Bank of Canada broke ranks from the other major central banks. It took its first step towards monetary policy normalization by announcing that it will taper its bond buying program (QE) and pull forward its forecast for a possible rate hike. The BOC will reduce QE to $3B/week from $4B/week and brought forward the timeline for when the output gap closes to 2022, which is another way of saying that's when they plan to increase interest rates. The BOC also boosted its GDP forecast to 6.5% this year from 4.0% and increased 2022, while also raising the global growth view. To top it all off, BOC Governor Tiff Macklem didn’t even bother to temper the decision with any jawboning about unwarranted currency strength. In short, this was not a dovish taper. A hawkish central bank combined with lose fiscal policy is very bullish for the CAD.

You can see the dramatic move in the hourly chart of the CAD. The currency lost about a cent after the release of the Canadian federal budget on Monday. It managed to recoup the loss, and then some, within an hour after the BOC announcement. 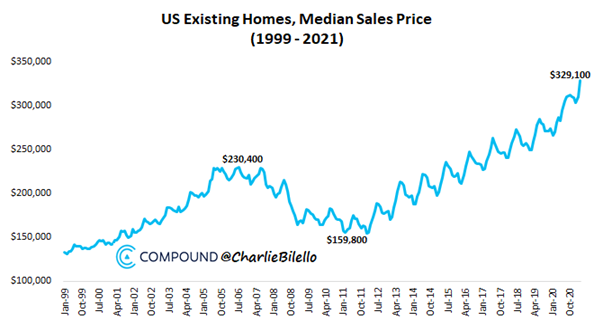 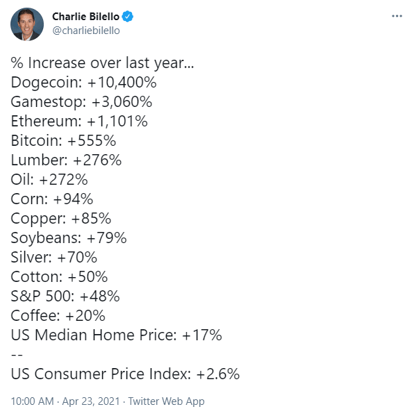 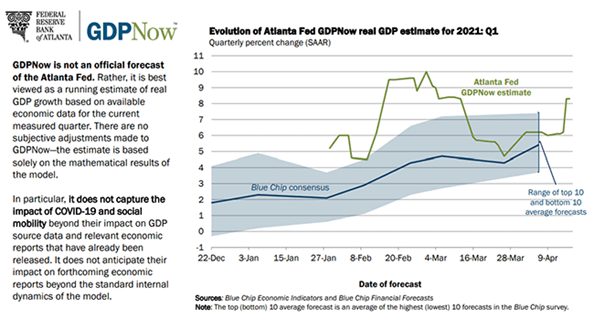 In any other time, this data would be screaming for rate hikes, but this isn’t any other time. I bring this up because the Fed has a policy meeting this week. We don’t expect any change in policy, but the pressure is mounting for the Fed to take away the punch bowl. The first order of business is for the Fed to begin its taper of QE. At some point this year, the Fed will find it extremely difficult to justify its $120B a month QE program. Will the taper happen in July or September? I don’t know when the taper will be announced, but I do remember the taper tantrum of 2013 that caused the stock market to slide, US Treasury yields to rise, and the USD to spike. So, if it doesn’t happen at the July meeting, it could be a very ugly September/October for equities. 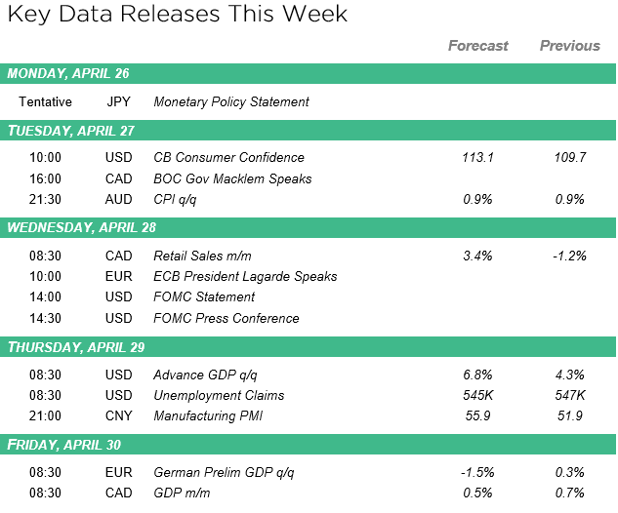