Are We There Yet

The big three central bank, the Federal Reserve, ECB, and Bank of Japan do not hold their next policy meetings until September. Since the USD is the reserve currency of the world the Fed is the central bank that we need to focus on. The Fed Funds Rate is now at 2.5%, which is the range of what most Fed officials regard as neutral. So, the question is how far over neutral will the Fed continue to raise rates before pausing. Let’s explore this further.

The first two weeks of August caused gyrations in Fed rate expectations. The better-than-expected jobs data caused Mr. Market to reprice a 75 bps hike at the Fed September meeting from 35% to 75%. A couple of days later, the release of the better-than-expected inflation report caused Mr. Market to unwind those expectations to around 45%. It is important to remember that Fed will see another employment and inflation report before their next meeting. Let’s dive into those two reports a little further. 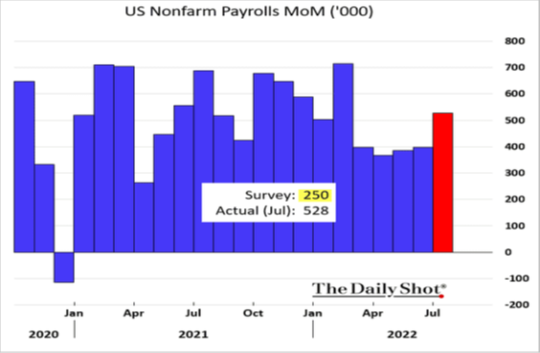 The upside surprise of the jobs report helped quell the recession noise but also put upward pressure on rate hike expectations. Jobs growth for July was expected to drop to about 250k from the previous month’s 350k but the economy created 528K jobs. The previous month was also revised higher to show a gain, rather than a decline, in jobs growth between May and June. Sure doesn’t look like a recession. 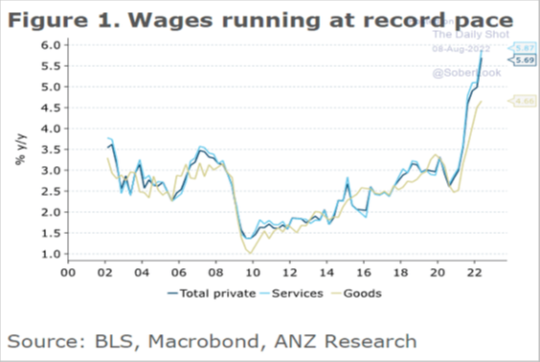 Wages were also up in July as the month over month hourly wage gain also came in higher, at 0.5% rather than the 0.3% expected.

Meanwhile, the labour force participation continues to be well below pre-covid levels as covid accelerated retirement.Thus, a tight labour market will continue to put pressure on wages to the upside. Rising wages is great for workers but central bankers hate it because it can cause a wage spiral which feeds right into higher inflation. 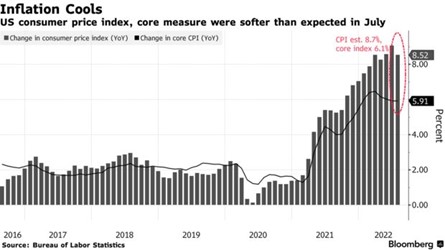 On the inflation front, the headline US Consumer Price Inflation was expected to slow from +9.1% YoY to +8.7% YoY in July, but it actually slowed significantly more than expected to +8.5% YoY. The month over month rate of change was flat, meaning zero increase, ending a 16-month streak of MoM gains. The Core CPI rate was flat YoY at 5.9%, rather than the expected small increase of 0.2%. Month over month, Core CPI increased 0.3% rather than the 0.5% increase expected.

The drop in inflation combined with the headline jobs numbers was being played up as the Goldilocks event – the Fed would soon pivot because the economy was improving while inflation was dropping. But is this realistic?

President Biden was playing up the fact that month over month rate of change was ZERO. I got news for you, if the CPI report gives us a zero reading for every month for the rest of this year, the headline inflation reading will be 6.3%, still way above the Fed’s 2% target. Definitely an improvement but not enough to stop the Fed from hiking more. 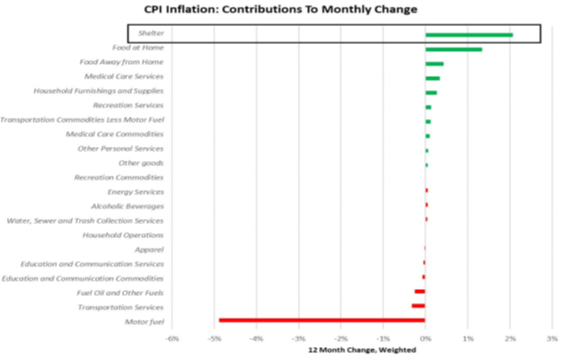 The table above shows the increases and decreases in CPI sub-components that made up this month’s change. Notice how the drop in energy prices was the biggest outlier. Interestingly, the components that saw price drops seem all supply chain related, that’s the good news. The bad news is that shelter costs are at the top of the list and accounts for about 35% of the inflation reading. These costs are really sticky, especially rent, and it takes a economic downturn to bring them down. 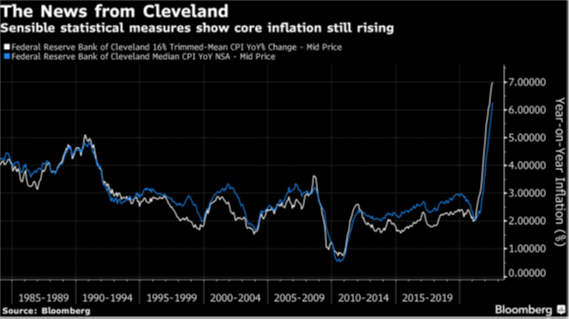 The last chart I want to show you is a chart by the Cleveland Fed. It generates a “trimmed mean” and median inflation benchmark by removing the biggest percentage movers, both up and down. Apparently, it is a good way to track non-cyclical inflation. As you can see, both measures are still rising which isn’t encouraging.

So, the answer to the question – are we there yet, is the Fed ready to pause or pivot? I don’t think so. Don’t buy the narrative that the media and equity traders are pushing, that the Fed is ready to pivot. Mr. Market is still pricing in another 115 bps of rate hikes between now and the end of the year.

I want to give kudos to the Bank of England for its honesty. It is the first major central bank to acknowledge a recession is in the cards. It is warning that the UK economy will contract for five consecutive quarter into 2023, partly due to the energy crunch. The energy situation is actually a lot worse in Europe but for some reason the ECB doesn’t see the same things as the BOE.

In the week ahead, equity traders will be on the outlook for data points to support the peak inflation narrative while Mr. Market sits back and handicaps the probabilities. 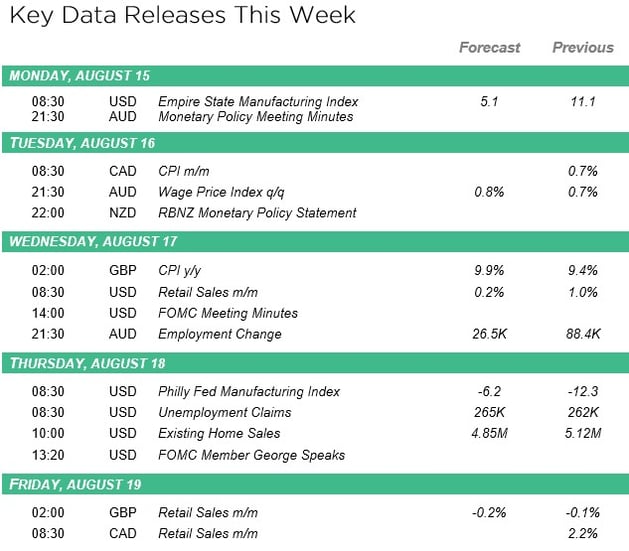