The USD powered higher last week reaching new highs for the year against both the EUR and the GBP. The catalyst for the move was rising inflation, which weighed on the US Treasury 30-year bond auction, which in turn wobbled the stock market. Let’s unpack this further.

Last Tuesday, US Labor Department statistics showed that wholesale prices rose 8.6% from a year ago in October, their highest annual pace in nearly 11 years. On Wednesday, China reported that wholesale prices accelerated to 13.5% above year-ago levels, up from 10.7% in October. A few hours later, the US CPI reported another jump in consumer inflation in October, rising 0.9% after rising 0.4% in September as the largest gain in four months boosted the annual increase to 6.2%. It was the biggest year-on-year rise in 40 years and followed a 5.4% leap in September. 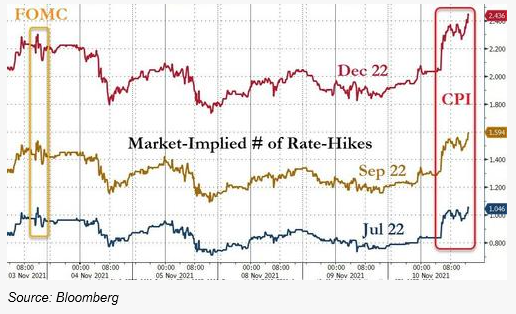 As you can see this is considerably more hawkish than the Fed’s most recent dot plot, which showed that half the members expected a rate hike in 2022. The now higher pace of inflation may force the Fed to revise higher its current taper process so that it end in March instead of June. 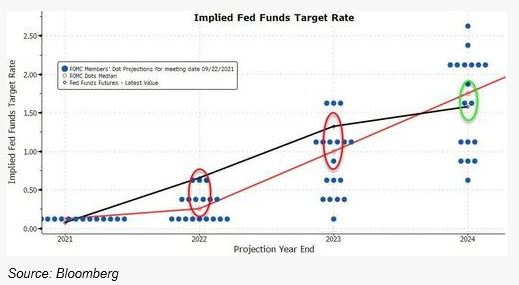 Unfortunately, the story doesn’t end there. A couple of hours later, the Treasury auctioned off $25 billion in 30-year bonds and the bid-to-cover ratio was a dreadful 2.202 (vs. 2.360 last month and the 6-month average of 2.292). Those who understand these things say the “tail” was the biggest on record, which means that the tail is the highest yield accepted at auction minus the when-issued yield just as the auction is closing. Furthermore, foreign central banks and other big foreigners like sovereign funds, bought only 59% this time instead of the usual 62-70%. This left the dealers with far more inventory than they wanted or planned, a little over 25%. Bottom line, nobody wants to commit for 30 years with inflation looking persistent rather than transitory.

Incidentally, Bank of America reported that its permanent inflation indicator had hit a record 96 out of 100. 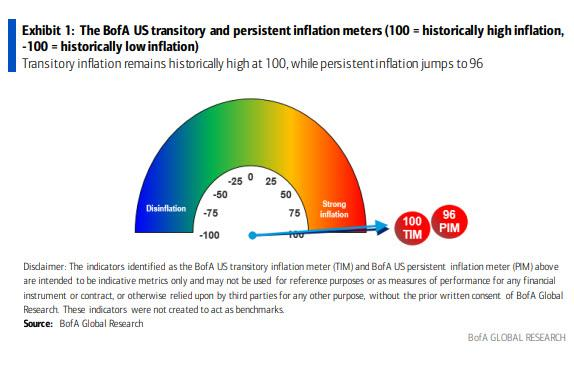 And as the next chart shows, never in the history of the data (which sadly goes back only to 1995) have both transitory and persistent inflation readings been at an all time high at the same time. 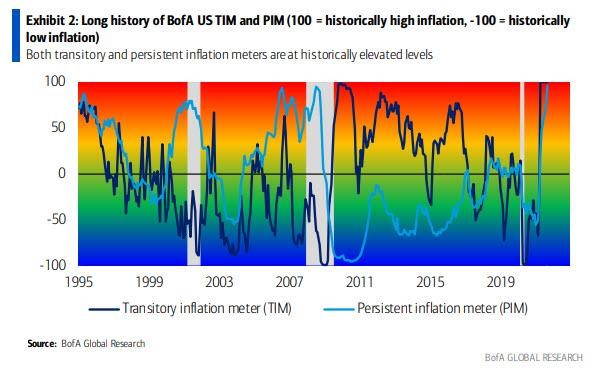 On Friday, the USD gave back some of its gains on news that the University of Michigan’s Consumer Sentiment Index plunged to 66.8 in its preliminary November reading from October’s final reading of 71.7. That was the lowest level in a decade as surging inflation cut into households’ living standards. 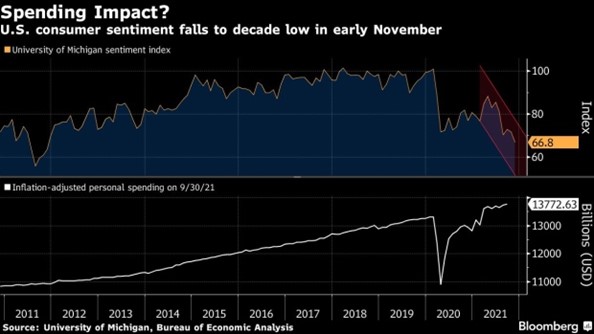 So that was the week that was, the week ahead will focus on retail sales, inflation, manufacturing growth, and central bank meetings.

Retail sales will be on tap for the US, China, UK, and Canada. Sticking with the retail theme, there will be earnings reports from Walmart (WMT), Target (TGT), Home Depot (HD), and Lowes (LOW) as well.

Various inflation reports will be out for Japan, Canada, the UK, and various European countries.

Central banks will also be apart of the mix in the week ahead. The central bank of Australia will release their minutes from the last meeting and 5 central banks (Indonesia, Philippines, South Africa, Turkey, and Hungary) from emerging market economies will hold policy meetings. 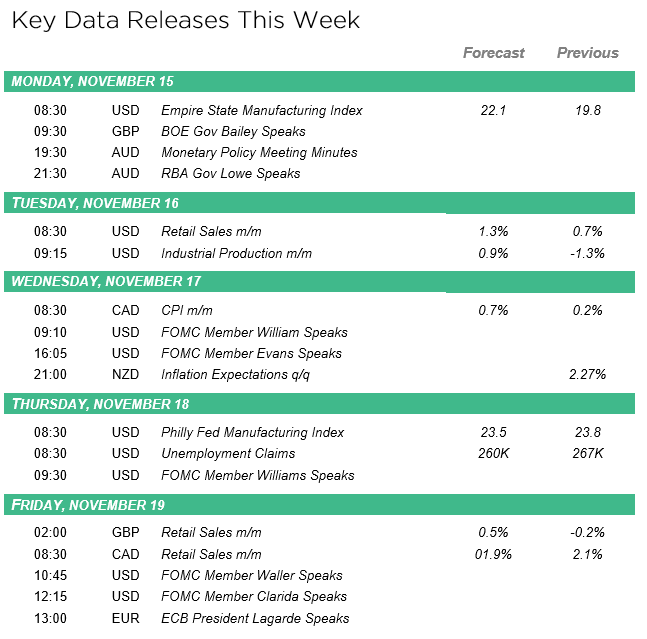