Nu Kid on the Block

We have seen this relative performance picture before, where the USD is in the middle between the negative interest rate currencies and the ones that have a slightly positive interest rate. This picture happens in risk off environments only, where the currencies with negative interest rates rise as market participants sell their investments and rebuy the currencies that they borrowed in. The catalyst for this bout of risk aversion was due to the discovery of a new variant of covid known as Nu which caused markets to sell off around the world on the possibility of renewed restrictions and lockdowns. For some reason, the WHO has since renamed it Omicron, I like Nu better especially for the title of this piece.

This new variant was found in South Africa and five neighbouring countries and made headlines last Thursday when cases were found in Hong Kong, the UK, and Belgium. Of course, comments by the Prime Minister of Belgium didn’t help market sentiment when he said that the new mutant variant of coronavirus is so potentially devastating that it should be called ‘COVID-21’. This may be an overreaction considering as of this writing, indications are that the new variant may have been around for a while before South Africa sequenced it. Symptoms appear mild even if it is more contagious. If this is the case, then Friday’s selloff may be corrected on Monday.

Prior to the equity selloff, the market was coming to grips with the possibility of a faster taper. The strength of the recent economic data and the jump in inflation has spurred talk of an acceleration in the Fed’s taper process.

I know what you’re thinking, how can they already be talking about a faster taper when the Fed just announced their taper just a couple of weeks ago. Furthermore, the September Fed dot plots showed that half of Fed officials did not think a hike next year would be necessary.

Let’s try to unpack this. Firstly, the Fed has stated that tapering is not tightening so they will not raise interest rates until the taper completed in June 2022. Thus, if it wants to raise interest rates sooner, they will need to end the taper faster in order to complete it earlier. Secondly, in their last FOMC statement, where they announced the taper, they also said that "The Committee judges that similar reductions in the pace of net asset purchases will likely be appropriate each month, but it is prepared to adjust the pace of purchases if warranted by changes in the economic outlook." So, there you have it, the Fed’s justification for a faster taper.

Fed members Bullard, Waller, Bostic, Clarida, and Daly have hinted at a faster taper over the last week or so. The last two are especially interesting because they were both in the dovish camp. A couple of large banks have also highlighted the possibility.

With this in mind, the market has recalibrated and is now fully pricing in 2 rate hikes and a 60% chance of a 3rd. 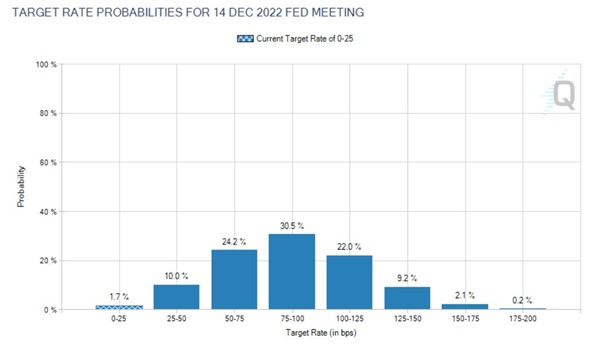 The question is, will this new variant throw a wrench in the Fed’s plans and force it to keep or reduce the tapering process until the covid situation is under control.

Where does this leave the USD. Since early November, the USD has been screaming higher on the jump in the CPI to above 6% and the likelihood that the Fed would have to taper quicker to give it the flexibility to lift rates earlier if needed. However, the new variant may put a stop to this, its too early to tell. Having said that, December, in terms of seasonality, is a very weak time of the year for the USD. The daily chart shows that the momentum indicators are stretched and have begun to turn. Thus, for now, USD strength looks overdone. 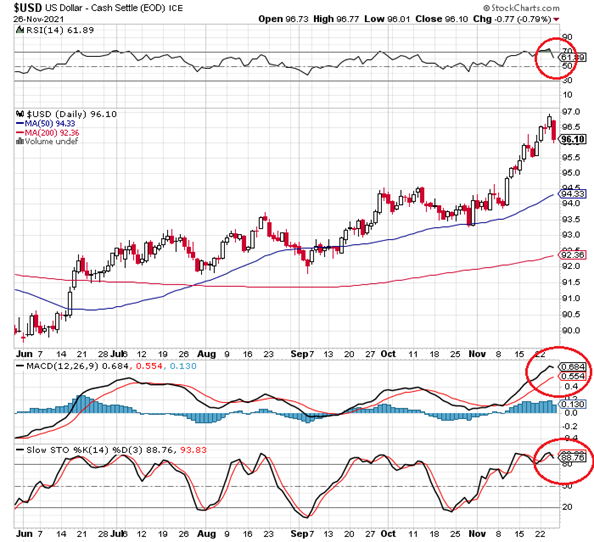 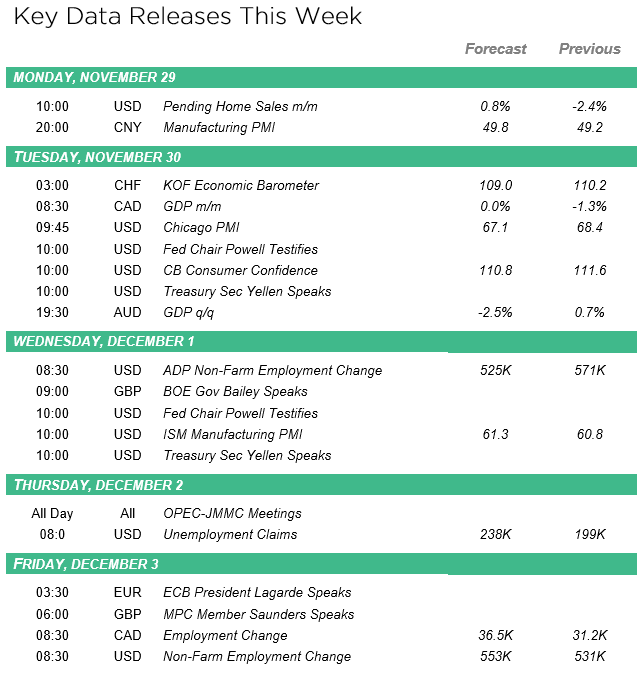