Last week proved a difficult time for Mr. Market. Canadian markets were closed Monday; US markets closed early Friday past in advance of the long Memorial Day weekend; there was little in the way of hard economic statistics for investors to mull over; and both central-bank speak and politics emerged, as usual, to fill the vacuum. Let’s take a closer look at a quite eclectic assortment of events.

USD rallied sharply on growing confidence that the Federal Reserve will hike another quarter-point in the overnight Fed Funds rate. The next meeting is scheduled for June 13, and a hike appears to be a sure thing. At least the guys in the Chicago pits think so! 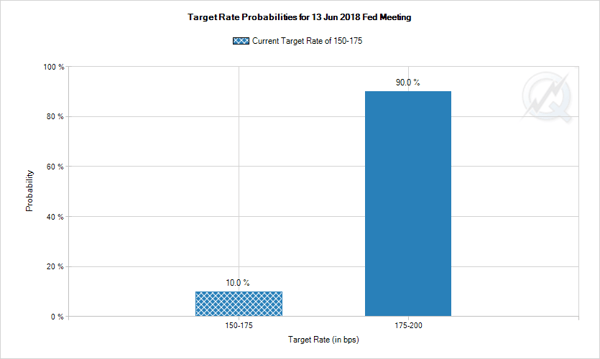 Last Wednesday saw the release of the minutes of the last FOMC meeting. Although rather esoteric, careful analysis of the minutes can be quite revealing, and our learned colleagues Dr. Long and Mr. Short are both up to the task. Here is their summary:

That was for the hawks, followed by this for the doves:

The last indicates the Fed may be taking a somewhat benign view of inflation cresting the 2% mark. The reasoning appears to be that, as inflation has consistently been below that target for an extended period, some time above that level may serve to ‘anchor’ inflation expectations around 2%, the Fed’s desired target. The FOMC terms this ‘symmetry’; those of us who recall the inflationary 1970’s might call it ‘risky’.

Elsewhere, the European Central Bank minutes were released, detailing the thinking of the ECB at their most recent rate-setting confab. Once again, our learned colleagues cut through the verbiage and gleaned the following points:

As the ECB has long appeared reluctant to raise rates, traders took this largely dovish message as a cue to hit the EUR, which they did with a vengeance. Additionally, the unsettled political situation in Italy didn’t help matters, with populist and regionalist (and Eurosceptic) politicians taking charge in a country long suffering under massive public debt and sluggish growth, and the announcement from heavyweight German bank Deutsche Bank of a 10% cut in staffing levels.

President Donald Trump’s tweet early last week set off a round of speculation over the ongoing NAFTA talks, which have apparently stalled over the granting of duty-free status to autos under a revised NAFTA deal. Although some administration officials sought to downplay the whole thing, talk of an import tax on autos and auto parts hurt both CAD and MXN badly.

Regular readers of this blog are aware of the inverse connection between the greenback and commodity prices. Growing supplies of crude and increasing production are pushing oil prices down and the USD up. 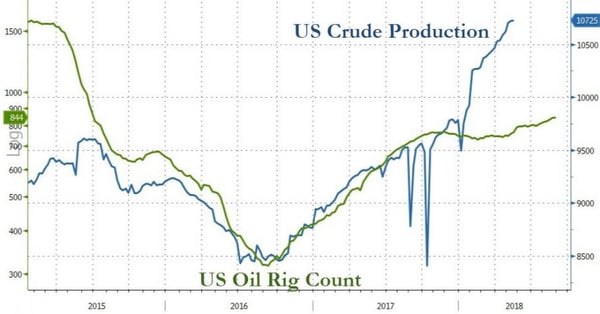 Along with increasing supply, a decline in crude exports of 818K bbl/day from America didn’t help prices either. In fairness, exports had been at record levels in recent months and were due to correct at some point. 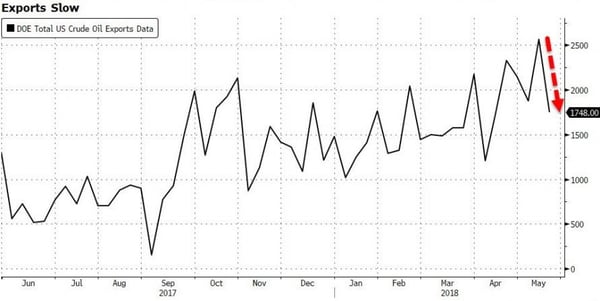 JPY was the winner on the week, and not because of any positive economic developments, which have been rare for many, many years. Rather, a general sell-off in global equities spurred traders who had borrowed yen at rock-bottom rates, converted to USD or EUR or whatever and re-invested in equities to then turn around and reverse the position. This led to demand for JPY as traders bought the currency to pay off their yen loans. Hence, a strong yen rally ensued.

The coming week sees some notable economic statistics (finally!) in both Canada and America. The key events will be US jobless numbers on Friday preceded by the Bank of Canada rate announcement on Wednesday – the latter expected to remain unchanged.