Let’s start with the highlights from last week: 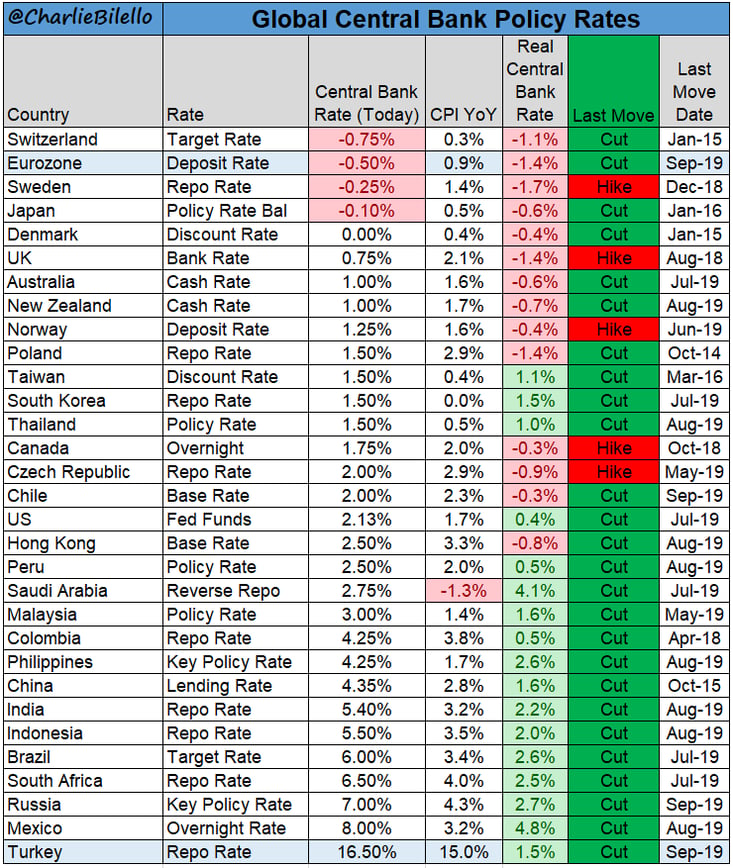 Now, let’s turn to the week ahead.

There are five central bank meetings on the docket next week: US Federal Reserve, Bank of England, Bank of Japan, Swiss National Bank, and Norges Bank (Norway). Of these, only Norway’s central bank is not in the “dovish camp”, since it has raised interest rates three times over the last year. Norway's current deposit rate is at 1.25%, and this week’s meeting could see another quarter point hike - it’s a close call. Meanwhile, there is a 53% chance of a quarter point cut by the Swiss National Bank, especially after the ECB’s latest cut.

Last Tuesday, Reuters reported that BOJ policymakers were less confident about an early pickup in global growth and may be more open to debating additional easing next week.  Sources said the BoJ's decision on whether and when to ease will be a close call, and that the conclusion may not come until the last minute. Taking the rates further into negative territory is among options if the BoJ were to ease, but other options are not off the table.

This reporting notwithstanding, the fact that the yen has weakened from a 3-year high over the last three weeks takes the pressure off the BOJ for now.

Now that a “no-deal” Brexit is off the table, PM Johnson and European Commission president Jean-Claude Juncker plan to hold talks at the start of the week to break the impasse. This effectively neuters the Bank of England.

Let’s switch gears and look at the Fed meeting, where the market has completely discounted a quarter point rate cut. However, the recent string of improved economic data points has led the market to scale back another cut before the end of the year. The Tweeter-in-Chief, President Trump, has interjected an element of risk with his propensity to criticise the Fed with his tweets.

If the Fed merely cuts rates by quarter point and refuses to provide a dovish outlook for further cuts, then the USD will go up and so (it seems) will Trump’s temperature.